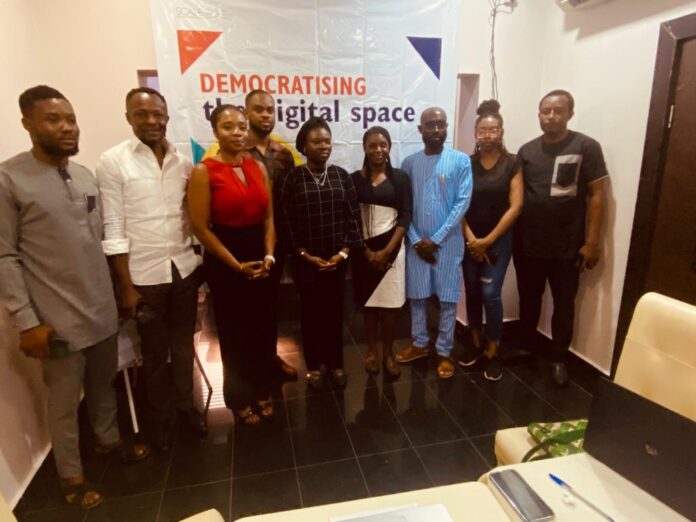 The groups under the aegis of the Paradigm Initiative, Gatefield and over 200 activists has called on the National Assembly to hasten the passage of the revised Digital Rights and Freedoms Bill of 2019.

The Paradigm Initiative, Gatefield, and over 200 activists who are signatories to the digital rights petition, made the appeal at a news conference on Thursday in Abuja.

The consortium of the like minded civil society organizations, appealed to policymakers and other critical stakeholders to support the representation and the eventual passage of the revised DRFB, before the National Assembly.

According to Mr Edozie Chukwuma, Senior Associate Advocacy and Engagement, Gatefield,
CSOs believe that the online civic space serves as a refuge for citizens, including marginalised groups, to raise their voices and influence change.

He said in contrast, digital media serves as an effective tool to raise awareness on critical socio-political issues. Adding that rise of internet usage in Nigeria had increased online civic space engagement, advocacy, and mobilization.

“It has also increased reliance on digital journalism, democratizing the flow of information traditionally controlled by newspapers, magazines, radio, and television companies.”

Chukwuma however, noted that using the internet had unique challenges and emerging issues.
He added that the use, access and understanding of technology was constantly evolving, in the process creating a gap which the digital rights and freedoms bill of 2019 attempts to fill.

“Some of these include citizens’ data protection, freedom of expression online, internet governance, regulation, shutdowns, online privacy, and surveillance.

“The Bill is a bold attempt to legislate on digital rights, such as the right to online privacy, anonymity, freedom of expression and opinion online, freedom of information online.

The gatefield engagement officer explained that the guarantee of these rights would provide a safe and thriving digital space.

“Gatefield, alongside over 200 activists who are signatories to the Digital rights petition, are calling on the policymakers to support the representation and the eventual passage of the bill.” Chukwuma said.

“While some of these provisions are novel, some are already contained in existing legislative instruments that govern specific issues such as communications and fundamental rights.

“Financial institutions, data protection and privacy, consumer protection and other sectors. However, most of those legislative instruments are not all encompassing to specifically address the uniqueness of the digital space,” El-Usman said.

She said Nigeria is currently a signatory to the United Nations (UN) resolution, instituted in 2016 which affirms that offline civil, political, economic, and social rights must also be protected online.

She said with Nigeria’s 2023 election in view,
upholding digital rights by safeguarding the rights to freedom of expression, association online, and sharing information online and privacy had become an issue of political and electoral interest.

“To that end, we call on stakeholders, policymakers, governments, academia,
businesses, and the general public to take a special interest in this bill.

“Be intentional in sensitising the masses and
cautiously consider measures to ensure that the bill becomes an act.

“We urge legislators and the President to pass this progressive law that reflects the times. Those in government must know that someday they will be out of government, the law will also protect them.”