The presidency has been warned to stay clear of the forthcoming Bayelsa guber race, the warning was issued by the Movement for the Emancipation of the Niger Delta (MEND).

The group’s advise was disclosed in a statement issued by its acting chairman, Prince Amaibi Horby (aka General Busta Rhymes) and 12 others on Sunday, November 22, in Port Harcourt, Rivers state.

According to the communique, MEND declared its support for Governor Seriake Dickson, who is the candidate of the Peoples Democratic Party (PDP)

They said they were assuring him of Ijaw backing because he (Dickson) had performed well in executing people-oriented projects.

MEND stated that it would dispatch 500 members to monitor the exercise, particularly in the creeks.

The group noted that the governor is a product of the Ijaw struggle for resource control and self-determination in the Niger Delta, before venturing into active politics.

They stressed that he had contributed immensely to the socio-political and economic development of the Ijaw nation.

The statement reads: “We have endorsed Governor of Bayelsa State, Hon. Henry Seriake Dickson for a second term as Bayelsans gear up for December 5, 2015 election. Dickson, over the years, has performed creditably in office as he has driven development to the hinterland

“The Ijaw people are solidly behind him in this forthcoming election, and we will ask our members to monitor the election in the state, especially in the vast creeks of Bayelsa, where we are deep-rooted to avoid intimidation and possible rigging by the enemies of Ijawland and their Abuja collaborators.”

“We are mustering total support for him because he is a product of the Ijaw struggle for resource control and self-determination in the Niger Delta. So far, he has contributed immensely to the vast socio-political and economic development of the Ijaw nation,”the group said. 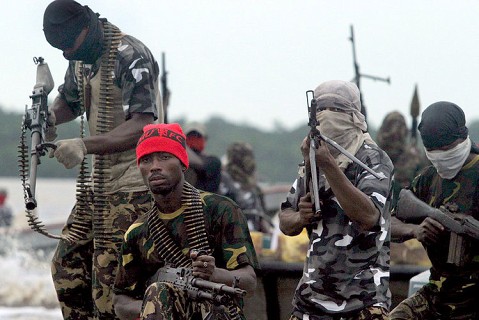 Today.ng reports that the group said any attempt to rig the election would re-awake “a sleeping dog.”

The group said: “We wish to admonish President Muhammadu Buhari not to engage election riggers in the governorship election as such vicious and surreptitious antics shall not only be vehemently resisted, but may also lead to waking the sleeping dog from sleep.”

They also called on the United Nations and international community to be witnesses, stressing that such act would be resisted.

“We call on the United Nations and, indeed, the international community to bear us witness as we are not unaware of the planned use of ‘federal might’ to intimidate the people of Bayelsa State in favour of their chosen candidate,” the group said.

Meanwhile, two ex-aides of governor Dickson, have defected to the All Progressives Congress (APC). They dumped the PDP for the APC on Saturday, November 21, just as the governorship candidate of the APC, Chief Timipre Sylva took his campaign tour to the Southern Ijaw local government area.