Ogun State government, through the office of the Commissioner for Agriculture, Ronke Sokefun has raised an alarm over the poisonous cattle hide and skin otherwise known as ‘Ponmo’ in some markets in the state.

Sokefun warned the people against its consumption because some persons are taking advantage of the gap in demand and supply to sell industrial ‘Ponmo’ laden with chemicals to the unsuspecting public. 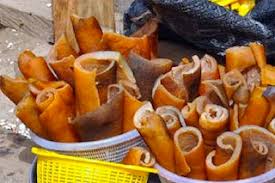 She said what was being sold was raw hide meant for leather production from African and European countries like Sudan, Italy and Japan.

“Tanning chemicals like biocides and fungicides are added along the processing chain to preserve the hides against protein degradation, bacteria and mould growth that would have damaged the hides and skin,” she said.