Home Uncategorized Miraculous Moment When Baby Is Pulled Alive From South Sudan Plane Crash...
Facebook
Twitter
WhatsApp
Linkedin
ReddIt
Email
Print
Tumblr
Telegram
Digg
Pinterest
This is the tears inducing moment a baby was pulled alive from the wreckage of the cargo plane which crashed in South Sudan, killing up to 41 people.

The baby boy was plucked from the mangled fuselage after the aircraft came down near a river, scattering debris and bodies across remote farmland.
He is only survivor of the crash, as the other survivor, a crew member pulled from the wreckage later died. 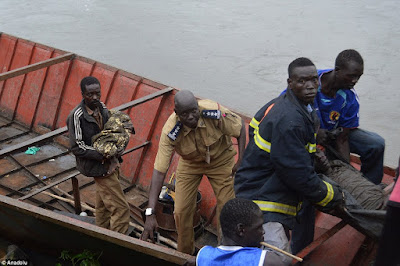 The Russian-made Antonov-12 aircraft crashed along the banks of the White Nile River yesterday morning barely a mile from the airport in the capital Juba. Authorities say identifying the victims have been difficult because there was no official manifest for the flight 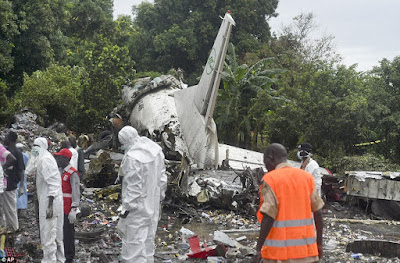