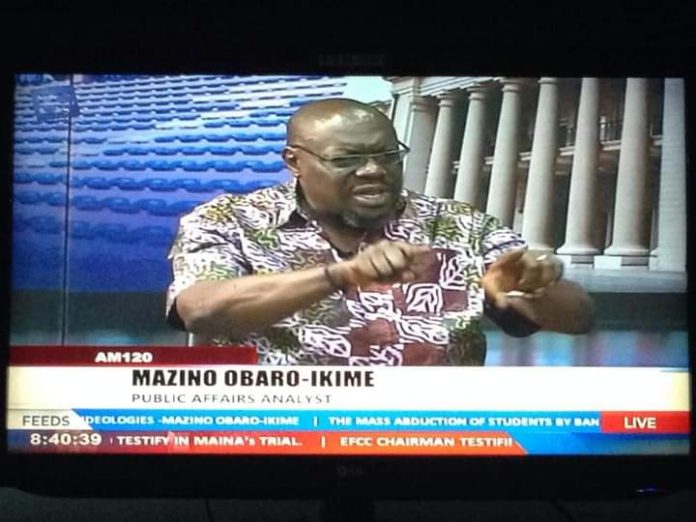 I know that a significant number of Nigerians will pooh-pooh what Ituah Ighodalo said in this viral trending video because he bears the title of Pastor, and in their minds,all Pastors are money grabbing,scheming exploiters. Well, the moment you categorize everyone the same way, you know, you KNOW that you are being insincere!

Let’s start listening to some of these messages, with a view to not only digesting them,but taking action. There are way too many things wrong with Nigeria.

We cannot continue to allow Official Corruption to hold sway. Corruption wrapped in a shroud of legality seems to have come to stay, because we stay quiescent. We moan, we groan, we complain we do nothing.

A personal example. Last year in April/May, I came upon a scheme called AGMEIS, powered by the Federal Government! It is supposed to benefit small and medium scale enterpreneurs as well as farmers or people in the agro allied areas of endeavour! Single digit loans, paid over six years with a one year moratorium. Good! Supposed to be!

In my case, I am into Agriculture. Or should I say trying to make way in that direction. I have no God father, my parents are not rich, I don’t know Government people in power, I can’t do contracts,so I availed myself of the opportunity.

First port of call was a four/five day training run by EDI’s who are short listed by the government agencies involved in the scheme. You pay anything from N7-15k for this training. It is online, so you use your data!

After that you produce a business plan to support the loan you are seeking. In the course of training you are told that there are “specialists” who can help you with this business plan, as there is a template that those who are going to actually disburse the loan….an entity called NIRSAL MICROFINANCE BANK, favour. For that you pay anything from N15-N20k!

After that, if your plan passes muster, you do an oral interview in the NIRSAL BANK closest to you. If you scale through, you are invited to open an account for N5k! I and thousands others fulfilled these requirements!

Looking at these figures, they may seem infinitesimal to many of us, but there is also a multitude that these sums, mean so much to. They borrow to get in on the scheme/scam!

Well I was seeking a N10m loan to boost the fortunes of my poultry business. This was last year! Nothing has come of it. After I made a lot of noise on the chat group set up by the EDI, I trained under, I did a search and found out that there were people who had gone through the process like I had from as far back as 2019! No result. Yet there are some people,favoured people who have received up to N200m from this scheme, never put the money to use and of course never repaid the loans!

Today, the Federal Government is attempting to scrap the loans. Please understand that there is a long standing allegation that close to N150Billion has been misappropriated by the present management of NIRSAL BANK. Money that should have gone to the teeming Nigerians, that I believe would bust their guts to improve their lot and pay back those loans.

Rather than the Government bring those people to book, they want to scrap the loans. Nigerians are the losers! NIRSAL was instituted by the Central Bank! Read that to mean instituted by the Federal Government. So they know that this money has been going into private pockets, rather than to the purposes that they were originally intended!

Just before the notice came out that the loans would be stopped, the EDI’s were advertising for another batch of trainees. You see how the Corruption is institutionalized? They know that their trainees never get loans, rather than shout about that, they shrug and pocket their N10k training and N20k business plan fees and the beat goes on!

These are the kinds of things we need to talk about! Raise a stink over! These are the types of schemes/scams that dot our landscape. So the Government at some point will beat their chest and say, we are empowering people, knowing fully well that they are not. But there is a lot of data to support the fact that the scheme/scams have been carried out!

Pastor Ituah talks about gate keepers. Not all of them are in Aso Rock, or the various Government houses. They are alive and well in the agencies and parastatal too! We need to talk about these people, call them out! They have existed in officially created havens for way too long!
Shalom!

Mazino Obaro-Ikime is a Public Affairs Analyst. He wrote from Ibadan.