She’s well known for her curves but Beyonce proved she can pull funny faces – and take a joke too -on Monday night.

The superstar was caught off guard as she left an office building in New York City wearing a white dress with a broad green stripe across the hips and a zig-zag hem.

At first, she pulled a face as she registered surprise before then laughing showing off her pearly whites while putting up her hand up to her face. 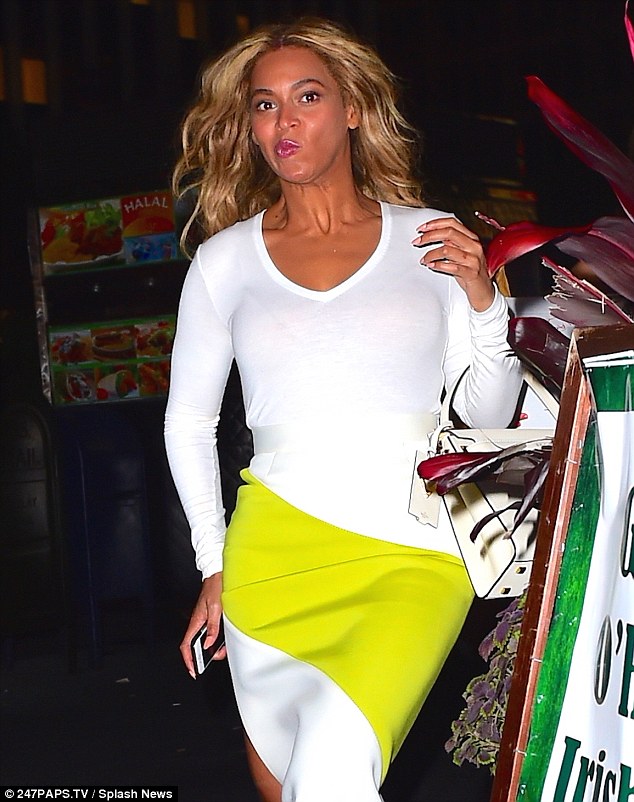 Caught off guard: Beyonce pulled some funny faces while leaving an office building in New York on Monday night

She then burst into a fit of giggles as an assistant escorted her to her waiting car.

The female employee, dressed in green dungarees, an arm around the singer’s back even though she had her hands full carrying a FedEx delivery box and a laptop computer. 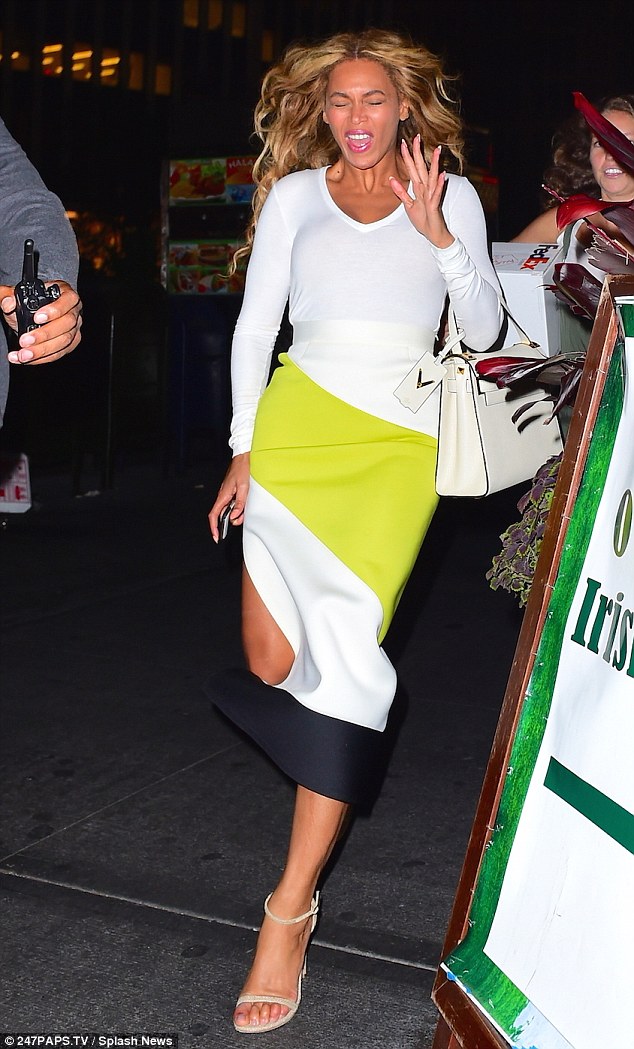 End of summer chic: The singer, 34, wore a figure-hugging dress  that had a broad green stripe and

an uneven black hem and went bare-legged in strappy sandals 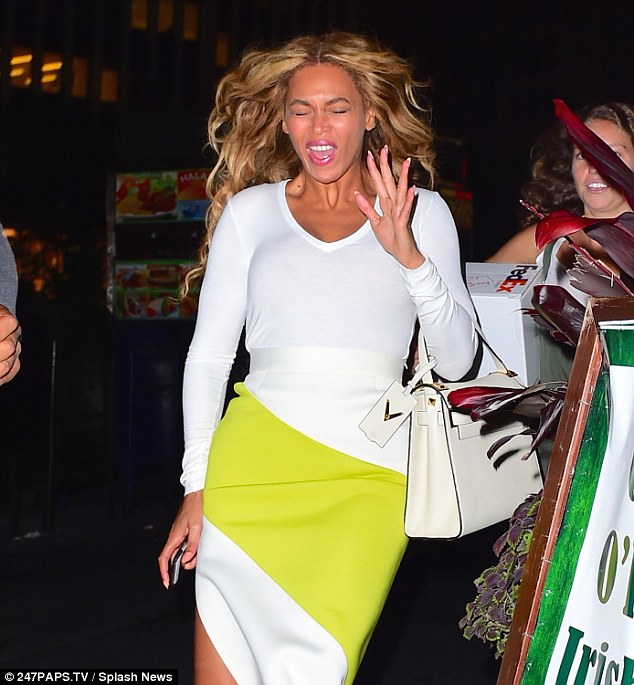 Blinded: The bright camera flashes had Mrs. Carter quite surprised 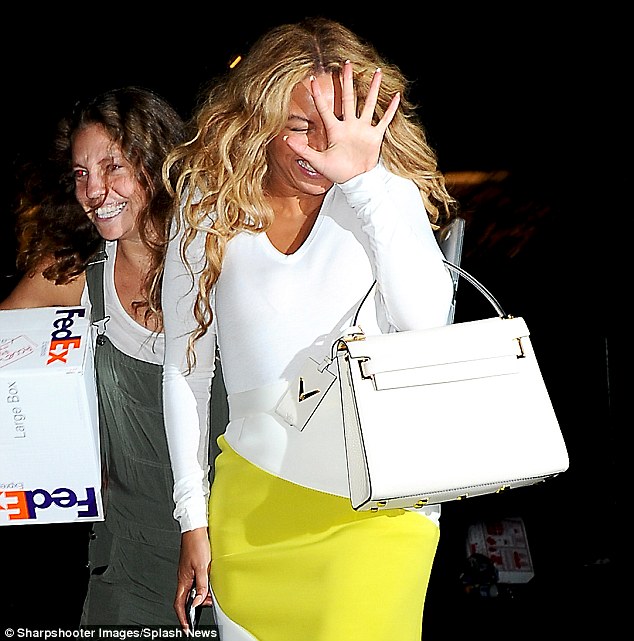 In a good mood: Laughing, she put a hand up to block her face

The Crazy In Love singer celebrated her 34th birthday on Friday.

On Saturday night she headlined the 2015 Budweiser Made in America Festival in Pennsylvania, sending fans into a frenzy with her energetic and sexy dance routines.

But it looked like it was back to business on Monday even though it was a holiday in the US. 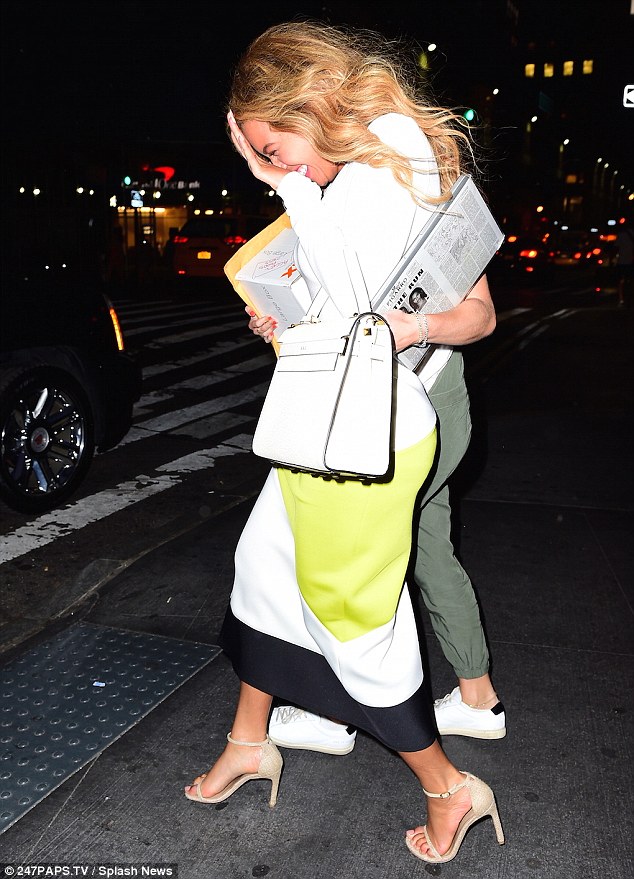 Helping hand: Beyonce giggled as she was escorted to her waiting car by a female assistant who also carried a FedEx delivery box and a laptop computer 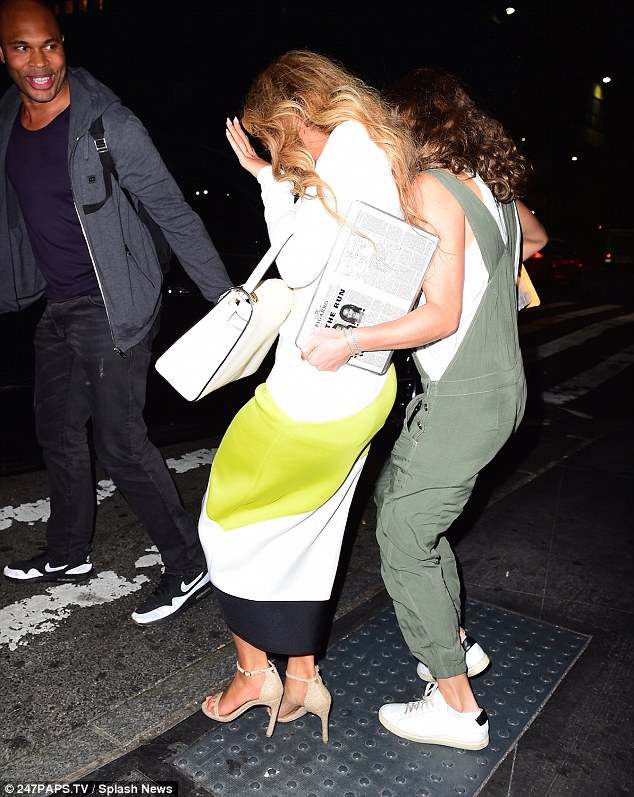 Protected: A male bodyguard was also on hand to make sure no harm came to the Bootylicious beauty