Tragedy struck on Saturday in Orisha Community, Magodo, Isheri area of Lagos State, after a mudslide hit a three-bedroomed apartment killing all the four children in the house.
Sunday Punch learnt that the incident happened around 4.50am on Ottun Araromi Street, while the victims were sleeping in their rooms. They were identified as Sylva, 23; Sayo, 15; Clinton, 13 and Endurance, 8. 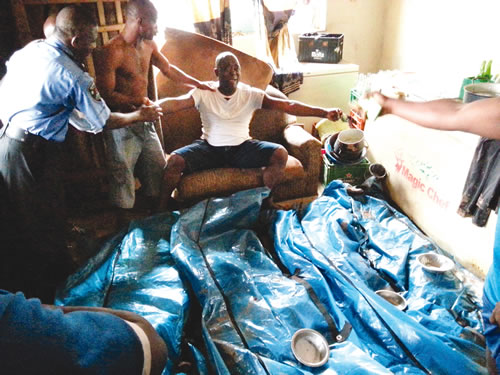 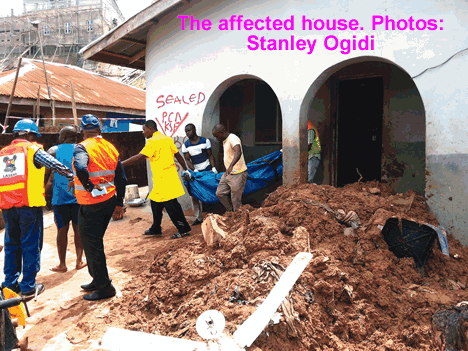 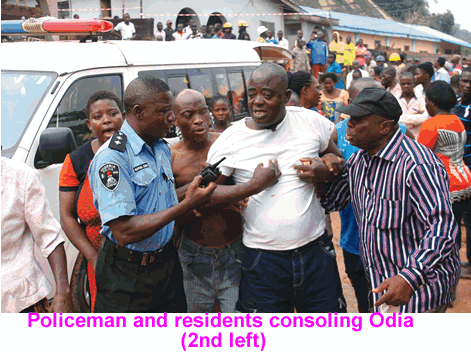 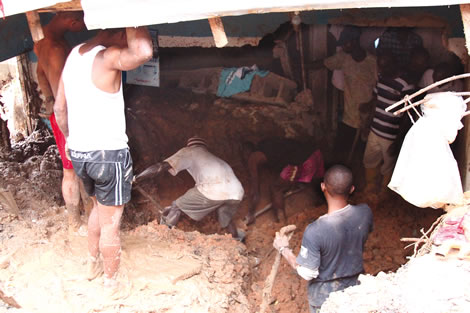 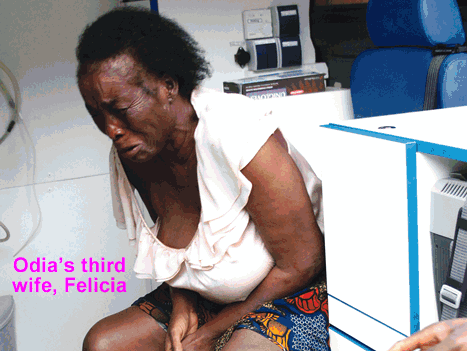 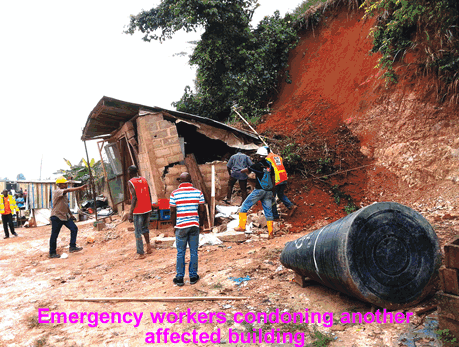 Our correspondent learnt that there had been a downpour over the night till the early hours of Saturday.
Their father, Godwin Odia, who is a mobile policeman, was said to have woken up around 3am to take his bath and had stepped into the parlour when the mudslide hit the children’s room.
They were said to have been buried alive by the mud before rescue officials from the state and federal governments arrived at the scene to recover their bodies.
Immediately the first three bodies were brought out dead, their mother passed out and was rushed to a private hospital in the area where she was resuscitated.
Friends and family members of the victims were seen lamenting the tragedy, describing it as unprecedented in the community.The victims’ father, 50-year-old Godwin Odia, who tried to contain his grief by smoking in the passageway of a neighbour’s house, was observed recounting the incident.
He said his children would not have died if the mudslide happened during the week when they would have been preparing to go to school.
He said, “By 3am, I wake up every day to prepare for work. That is the time I also wake them up. But since today is Saturday, I did not bother to do that. I still saw them sleeping as I prepared myself for work.
“I was in the parlour when I heard a loud noise. My four children just died like that. God, what is my offence? What did I do wrong? Four children in one day? I am supposed to die in their place. I must have sinned. I don’t even know what I am still doing alive.”
Sunday Punch gathered that Godwin, who is from Ewatu in the Esan South Local Government Area of Edo State, married three women.
But his first wife, who was Sayo’s mother, had separated from him.
His second wife was said to have given birth to the remaining three children.
His third wife, Felicia, who reportedly did not have a child, said she had lost all reason to stay alive because the children took her as their mother.
Felicia, who was injured in the leg, told our correspondent the incident happened after it rained.
Our correspondent was told that 13-year-old Clinton, who was in Primary six and Sayo were Head Boy and Senior Prefect in Wilform Academy, Magodo and Ojodu Junior High School, respectively.
Sylva, who had finished secondary school, though physically challenged, was said to be the most cheerful and winsome of all the children.
Endurance, who also attended Wilform Academy, Magodo, with Clinton, was said to be in Basic Three.
Sunday Punch learnt that the Saturday disaster was the second of such in four months in the community.
A neighbour of the victims, who identified himself as Jeff, said nobody died in the previous incident because it was in the afternoon.
He said, “A building collapsed about four months ago just three houses away from here. Nobody died because it was in the afternoon. But it was enough sign.”
A source said rescue officials who visited the location wanted to mark some houses for demolition but the people in the community begged them.
As the rescue operation was going on around 11am, another mudslide occurred some metres away from the site of the incident. A single-bedroom apartment was buried by an avalanche of mud: the occupant escaped by a whisker.
Some of the emergency response officials put out a fire that was ignited in the building by the collapse, while others hurriedly disconnected the electricity cables linked to the structure.
The incident forced officials of Lagos State Building Control Agency to embark on marking of no fewer than 30 distressed buildings in the community for demolition.
Lagos mudslide
Meanwhile, the father of the four children who died in the Saturday incident prevailed on emergency workers not to take the corpses away.
The community was said to have prepared a burial ground for them to be interred the same day.The Director, Lagos State Fire Service, Mr. Rasak Fadipe, told Sunday Punch that the agency received the distress call at 5:55 am and that the service swung into action.
Fadipe said a team of fire fighters from the Alausa Fire Station was deployed to the scene.
He said, “On arrival, we discovered that it was a bungalow that collapsed. It didn’t collapse as a result of poor construction. The house was built at the foot of many storey buildings and looking at the buildings, they were built on hills.
“The community cooperated with us. The children were buried under the mud and members of the community were fully involved in recovering the bodies of the children. No other person in the neighbourhood was affected.”
The Director General, Lagos State Safety Commission, Mr. Fouad Oki, said the incident was as a result of “illegal and irresponsible” construction of buildings in disaster-prone areas.
“It is not safe; it is illegal and very soon, we will be coming round to clear the menace. We will not compromise the safety of Lagosians and we will not allow a few irresponsible people in our community to continue disobeying laws and regulations.
The Managing Director, LASEMA, Michael Akindele, said the corpses had been buried at a community cemetery.