Serena Williams looked incredible when she wore a red high-leg swimming costume to hang out with model and actor Colton Haynes and a female pal at San Marco river in Texas.

Posting a very sexy shot to her Instagram account, the tennis star showed off her pert posterior in the bright high-legged number.

Proud of her curves, the 34-year-old posed in a playful manner while holding a matching rubber ring in her hands. 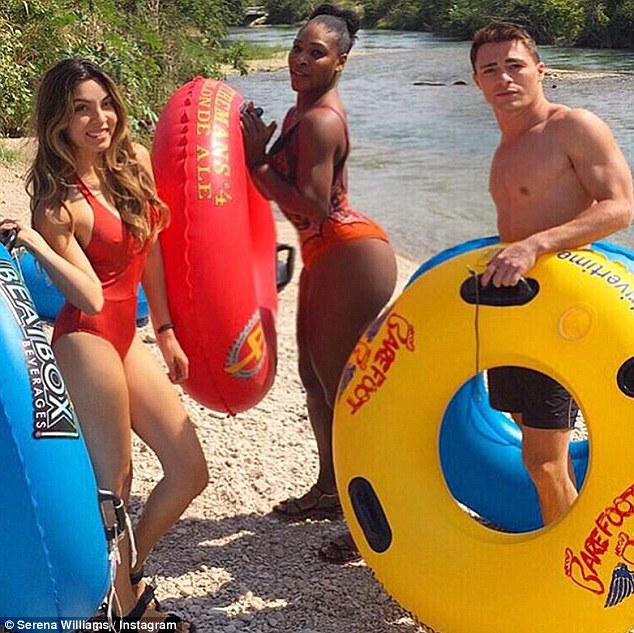 Time off: Tennis champion Serena Williams enjoyed some down time in Texas with Arrow star Colton Haynes in this Instagram photo she shared on Sunday

No doubt, the sportswoman, who has been romancing rapper Drake, is enjoying her time away from the the tennis court, after announcing that she will not play again this year.

Her companion, Colton, is known for his roles in drama series Teen Wolf and supernatural hero series Arrow, by the San Marcos River in Texas.

Serena was set to feature at the China Open in Beijing and the WTA Tour Finals in Singapore, but has instead opted to rest and recover from injuries with some well-deserved down time. 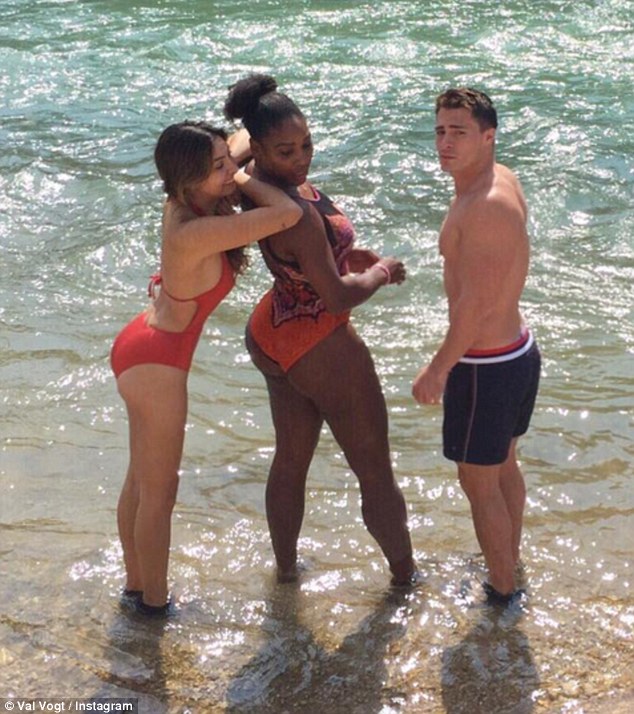 ‘Adventures and belly laughs’: The tennis star’s pal posted this shot from the trip

Her friend uploaded a second snap of their day of fun together, which showed Serena cooling off in the sea and once again showing off her famous physique.

Her friend leant on one of her shoulders, while Colton stood close by to the girls. 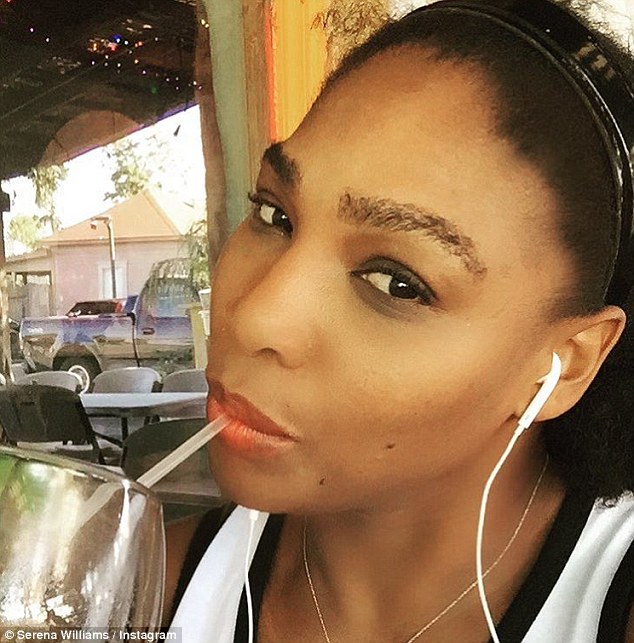 Break: Serena will not play again until next year, as she takes time of to recover from nagging injuries

Another post showed Serena posing in a white vest top as she sipped on a drink while relaxing at the party hotspot.

She secure a prize fund of £1,880,000, and completed the ‘Serena Slam’ winning four straight majors, for the second time in her career.

She also surpassed Martina Navratilova, by nearly four weeks, as the oldest women’s grand slam winner in the Open Era.

The American nearly completed a calendar-year grand slam, but missed out after losing at the US Open semi-final stage 2-6 6-4 6-4 against Italian Roberta Vinci in September.

‘It’s no secret I’ve played injured most of the year,’ said the World number one last week. 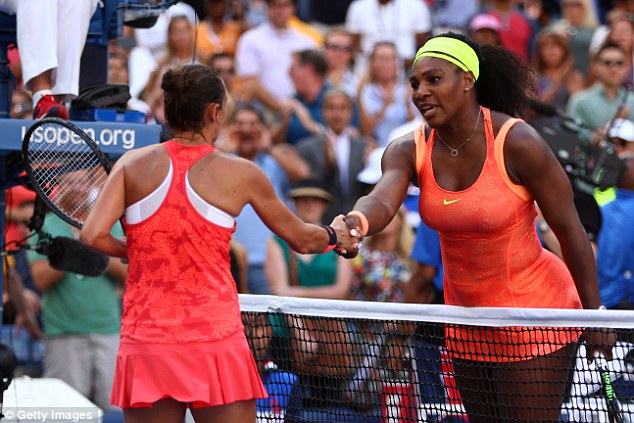 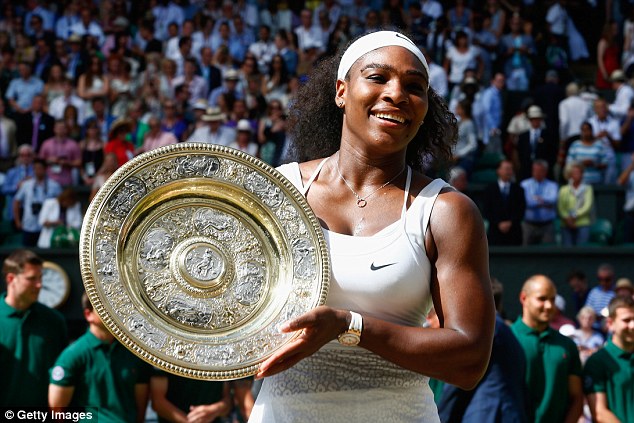 ‘Whether it was my elbow, my knee, or, in the final moments after a certain match in Flushing (Meadows), my heart.

‘I am taking a proactive step and withdrawing from tournaments in Beijing and Singapore to properly address my health and take the time to heal.’

Williams is expected to rest until the start of the Australian Open, which begins on January 16, 2016. 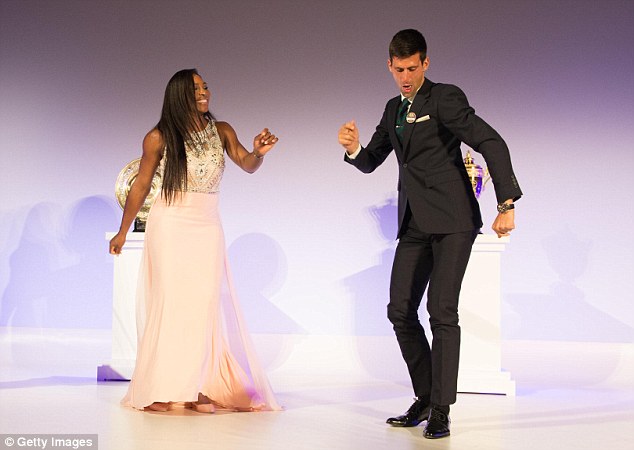