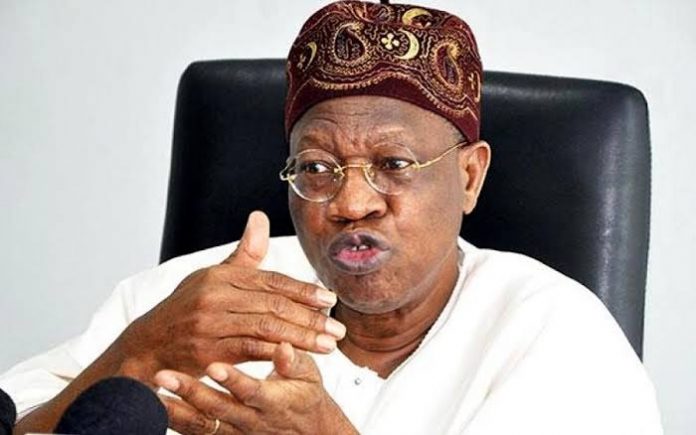 The Federal Government says the National Theatre in Lagos will be run by a competent management team to be known as Special Purpose Vehicle (SPV) for a period of 21 years after renovation.

The Minister of Information and Culture, Alhaji Lai Mohammed, disclosed this on Monday in Lagos at a meeting with the management and union leaders of the national theatre.

Mohammed, however, assured the management and workers of the Federal Government’s establishment that there would be no job loss within the 15-month renovation deadline, the 21 years under SPV and beyond.

It will be recalled that on Feb. 14, a Memorandum of Understanding (MoU) was signed between the Federal Government and Central Bank of Nigeria/Bankers Committee for the revamp and restoration of the National Theatre.

Also signed was a N22 billion contract awards for the revamping of the National Theatre as well as the creation of creative and fashion hubs within the premises which will be linked with Lagos Blue Rail line.

The minister said the bankers’ committee is funding the project, to be delivered in 15 months, under its statutory corporate social responsibility programme which is not for profit making.

“The highlight of the MoU is that the CBN and the Bankers Committee will invest the initial sum of N22 billion to renovate and upgrade the national theatre and they will deliver it in 15 months.

“Although, they are funding the project under corporate social responsibility, but they are also going to be responsible and accountable for the money.

“Therefore, after renovation the National Theatre will be run by competent management team for a period of 21 years,’’ he said.

The minister said the MoU is structured in such a way that the ministry and the bankers’ committee would provide two representatives each in the management team.

Mohammed said he had nominated the General Manager/CEO of the national theatre, Prof. Sunday Ododo, as a member of the team to protect the interest of the workers.

“This development will not lead to any loss of jobs, rather it will enhance the performance of the workers.

“Salaries will be paid as and when due, your promotion, career progression, job security and entitlements are all guaranteed under the arrangement.

“I see this as a win-win situation because the Federal Government does not have the fund to maintain or renovate the edifice,’’ he said.

The union leaders asked the minister if government would not renege on its promise and there will be no repeat of what happened to PHCN workers who were disengaged after privatisation of the power sector in 2013.

The minister said the scenario is completely different as government is not privatising the National Theatre as it was done to PHCN.

“Under the CBN Act, every bank pays a percentage of its profit yearly in a pool and they decide what they will use the money for.

“Sometimes, they build hospitals, roads, or go to orphanages, but this year they decided to invest in creative industry.

“The project is under corporate social responsibility and not privatisation.

“Besides, you are on the payroll of government not the SPV, so you will not be disengaged or owed salaries.

“I seek for your cooperation to allow the contractors do their jobs,’’ he said.

Earlier, the National Theatre boss thanked the minister for his vision to ensure the national monument regains its lost glory.