Hawa,15,was brutally beaten by her employer, Nafisa. She slashed her with razor blade, rubbed pepper into her wound. The young girl managed to escape when Nafisa grabbed her Bosom s with the intention of slashing them with razor blade. She was rushed to Garki hospital by concerned Neighbours who saw her running out of the house.
According to Aishat Alubankudi, the young girl has been discharged from the hospital. Read what she shared on Facebook after the cut… 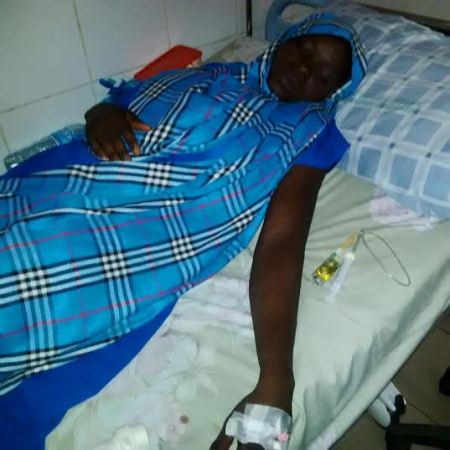 Am glad to say that Miss Hawa, the nanny who is a victim of brutal and vicious physical abuse from an evil boss call Nafisa has been discharged from Garki hospital. I am also glad to tell you that Hawa is now in our custody, in the house of a BCO member recuperating. According to the police notice, Nafisa will be charged to court tomorrow and we plan to attend and I urge every one to come to court to support many unknown Hawas around Nigeria and for many Hawas that gave up their lives as victims of such abuse. 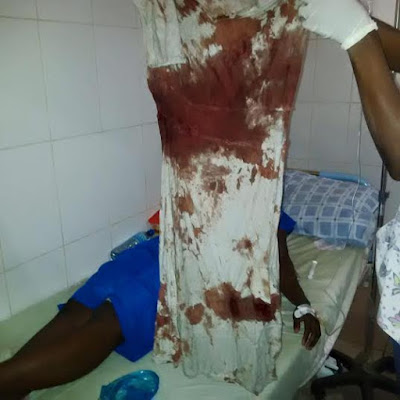 According to Hawa, she came to serve her evil boss 3 years ago. The abuse started immediately. At first, she was ALLOWED to go to school and shortly afterwards she withdrew her from school. The abuse escalated by the day to the use of objects. This last one was about not feeding the kids on time.
According to Hawa, her Nafisa traveled to Kaduna and returned home in the evening. Nafisa asked if the kids has eaten and she replied that she is getting them ready to bath before serving them food. She got upset thst it was late and Nafisa started beating her. Hawa added that the instruction is the kids must bath before eating dinner and the kids does not obey her when they don’t see the mother.
But Nafisa who returned from her trip with her junior sister called Ramatu, both instructed her to take of her clothes and stand stack naked to the glaring of the kids. Then they both started beating her.
At a point, they turned off the lights to prevent her from running around. When they eventually caught her, the sister held her down, turned on the lights and Nafisa brought out razor and slashed her places with pepper in sight to rob on the wounds.
Standing naked, Nafisa grabbed her Bosom  and said she was going to slash off her Bosom . That’s when she summoned all her will to break free; before help came.
As soon they got her her dress, she started trying to stop the blood from gushing by rubbing all over the wounds with her dress.