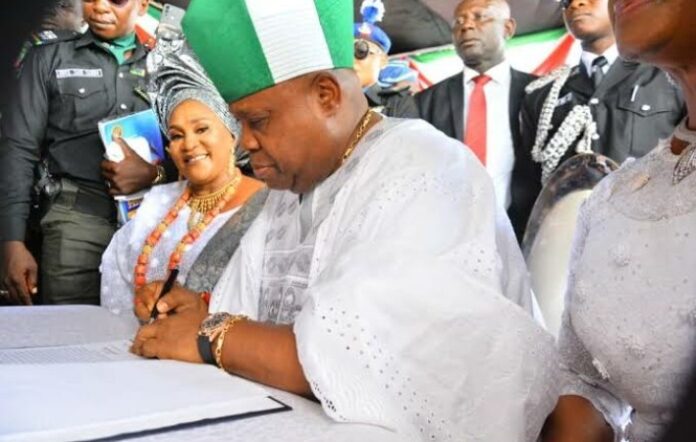 Governor Ademola Adeleke of Osun State has ordered immediate freezing of all accounts of the state.

The newly sworn in governor has also reversed all appointments Adegboyega Oyetola, his predecessor, made from July 7, 2022, till he left office.

He said he would raise a committee to review all appointments and make recommendations.

Daily Trust had reported how Oyetola appointed 30 permanent secretaries hours to the end of his tenure.

Ademola Adeleke has been sworn in as the governor of Osun state.

Speaking after taking his oath of office at the Osogbo City Stadium, Adeleke said he was aware of the expectations of Osun residents, promising not to disappoint them.