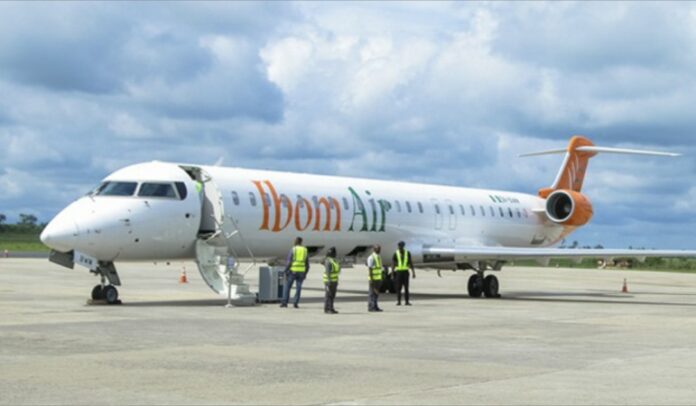 It was gathered that the aircraft with number IAN 4157 and 128 passengers, departed Abuja for Lagos at 10.30a.m. It landed at the international runway in Lagos on schedule at 11.41 am.

Upon taxiing off the runway, the pilots noticed an indication from the main wheels, suggesting a malfunction.

Immediately, there was an announcement that the aircraft will be tolled.

Although the pilot tried to reassure the passengers of their safety, they were said to be uncomfortable with the development.

Reacting swiftly, Ibom Air General Manager, Marketing and Communication, Aniekan Essienette, in a statement made available to Vanguard said: “In accordance with company procedure, rather than taxi the full distance to the domestic terminal, the crew opted to turn off into the international cargo apron from where stairs and buses were positioned to disembark the passengers and take them to the domestic arrival hall.

“All 128 passengers on board were safely disembarked and transported to the arrival hall at MMA2, while our Engineers work on the fault.

“This statement is given to clear any ambiguity while expressing our regrets to our passengers for the inconvenience.”