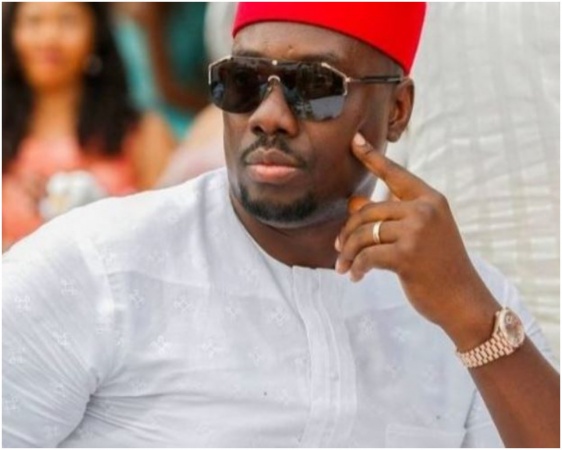 “Obi Cubana is being questioned at the commission’s headquarters in Abuja. He arrived at the EFCC office around noon on Monday,” according to a late night report by Channels TV.

It said that although details of allegations against the Anambra-born tycoon were still sketchy, a source disclosed that his case borders on alleged money laundering and tax fraud.

When contacted, the spokesman of the Commission, Wilson Uwujaren, said he was yet to be briefed on the development.

Earlier in the year, Obi Cubana made headlines and trended on social media following a lavish burial ceremony for his late mother in the South East state.

His meteoric rise to fame has also seen him feature in comedy skits.