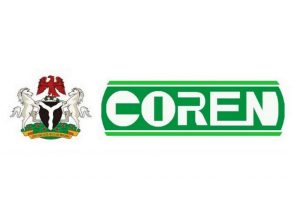 The Council for the Regulation of Engineering in Nigeria (COREN) has begun a training for Programme Evaluators of Outcome-Based Education (OBE) Engineering Accreditation on Monday.

The President of COREN, Mr Ali Rabiu, in his remarks at opening of the workshop in Abuja, said this was the second of such workshop for the evaluators of the OBE.

According to Rabiu, the council was faced with realities that made it necessary to change the paradigm of the Nigerian engineering education system.
The first of these realities was the expansion of engineering programmes in variety and number at various engineering faculties and second was the globalisation and emerging technologies.

He said COREN recognised the need to mediate in regulating the processes that lead to local and international recognition of engineering qualification from higher education in institutions in Nigeria.

“Such mutual recognition is expected to improve the quality, proficiency and mobility of COREN registered engineers.

“In pursuit of the above, in November, 2015, COREN applied to become a member of the Federation of Engineering Institutions of Asia and the Pacific (FEIAP) was accepted in 2016.

“COREN, in 2018, began the process of application for the Provisional Signatory Status, of the Washington Accord (WA) under the International Engineering Alliance.

“Such membership required COREN to implement the OBE curricula. Based on the foregoing, the Council inaugurated a Committee to develop the framework for OBE in Nigeria Engineering Programmes.

“With the production of the COREN OBE Accreditation Manual as part of the terms of reference .This assignment was completed,” Rabiu said.
The president said the training of the evaluators was to ensure the implementation of the council’s resolution on OBE.

He said it was to assemble critical mass of knowledge and experienced persons in OBE as well as Mentees of OBE learning environment.

“Who are to pioneer and champion the capacity development of various strata of engineering professionals involved in training, practicing and regulating in Nigeria“.

He said that the main goal of the workshop was to train participants to acquire the knowledge and skills of OBE and be able to train others in the principles and implementation of OBE in Nigeria Universities.

Rabiu added that the training would also train and equip programme evaluators of OBE who would form COREN database for Accreditation of Engineering Programmes.

The News Agency of Nigeria (NAN) reports that OBE is an approach to education that focuses on specific measurable attributes in term of knowledge, skill and attitudes that must be exhibited by the students.(NAN)