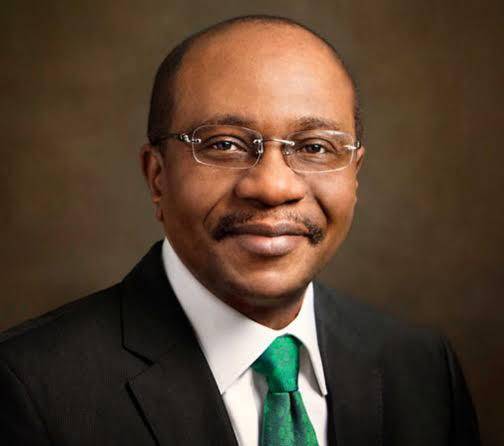 The National Association of Seadogs(Pyrates Confraternity) has called for immediate termination of the appointment of the Governor of the Central Bank of Nigeria (CBN), Godwin Emefiele, for contravening the CBN Act with his declaration to contest Presidential election in 2023 under the platform of the All Progressives Congress, (APC).

The association therefore demanded that President Muhammadu Buhari should sack the CBN Governor in the interest of democracy.

The APC Ward 6 Chairman in Ika South Local Government Area of Delta State, Mr Nduka Erikpume had disclosed recently that Emefiele registered as a member of APC in February 2021.

Emefiele did not deny being a member of APC but took steps to contest the Presidential primaries of the APC before he dropped his ambition.

Mr Abiola Owoaje of NAS says statement on Saturday that “it must amount to a serious breach that the head of Nigeria’s apex bank with the strategic responsibilities placed on his shoulder would be a card carrying member of a political party, and unabashedly wave the same at the collective faces of a bemused citizenry.

Owoaje, stressed that Emefiele’s involvement in partisan politics has violated the CBN Act with dire consequences for the economy.

Mr Emefiele’s involvement in partisan politics as a card carrying member of APC, therefore, is a violation of the CBN Act.

He listed Sections 1 (3) and 9 in the CBN Act as part of provisions that confers independence on the bank and sets out code of conduct for its management team.

“The CBN Governor’s political partisanship severely undermines the independence of the bank, erodes its neutrality and compromises its functions, some which may be against the interests of his political party.

“Emefiele’s membership of APC is an anathema; a blatant repudiation of his oath of office and harbours injurious consequences for Nigeria’s economic well being.

“For an economy that has been tottering for the past seven years, battered by failed monetary and fiscal policies, bogged down by unprecedented policy somersaults, and literally begging for unearned confidence from the International market, Emefiele’s membership of the ruling APC government further threatens the credibility of the CBN to make sound financial decision in national interest,” he said.

Owoaje explained that Emefiele’s membership of the APC has put the strategic partnership between the Independent National Electoral Commission (INEC) and CBN which allows the latter to keep sensitive electoral materials in its custody, into jeopardy ahead the 2023 elections.

“Nigeria’s electoral process is desperate for redemption in 2023, as INEC, the electoral umpire, has invested significant efforts in striving to convince Nigerians of its ability to conduct credible elections.

“INEC, and definitely Nigeria, cannot afford any development that taints the electoral process.

“Beyond doubt, Emefiele’s membership of APC, which has come to the fore, already puts a huge question mark on the integrity of the 2023 elections. His continued stay in office amounts to impunity taken too far.

“He is no longer fit to occupy the highly exalted position of Governor of the Central Bank of Nigeria. It is time for President Muhammadu Buhari to ask him to go home. This will be a wise and patriotic action for the sake of Nigeria and its democracy.”