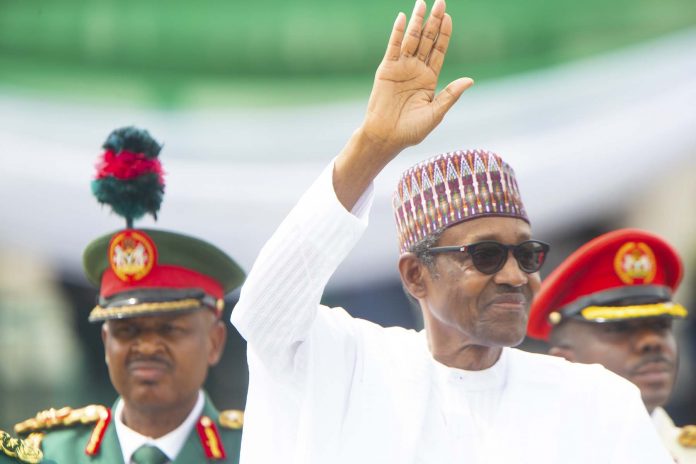 The Peoples Democratic Party (PDP) asks President Muhammadu Buhari to end his thoughts of a successor as Nigerians will firmly resist any candidate put forward by him and his All Progressives Congress (APC) in the 2023 Presidential election.

In a press statement issued by the Peoples Democratic Party’s National Publicity Secretary,  Mr. Debo Ologunagba in Abuja today, the PDP berated President Buhari for embarrassing his office and making a huge joke of himself by appearing confused and dwelling on false figures and bogus performance claims in his disastrous Channels Television interview on Wednesday, January 5, 2022.

The press statement read further, “while we understand that lying is the standard gauge of performance of the APC, it is rather unfortunate that the President is also in that frame. It only reinforces the fact that nobody is immune to lying in the APC. Of course, he cannot extricate himself because lying is the official policy of his party, the APC”.

In his ludicrous attempt to rationalize his failures in office, President Buhari falsely claimed that under the PDP, from 1999 to 2014, crude oil sold for an average of $100 per barrel but collapsed to $37 per barrel when he and his APC assumed office, the statement said.

Under President Buhari and the APC, oil price has never fallen as low as $16 per barrel as recorded under the PDP but started at $37 to $39.44 per barrel in 2016 and had continued to hover between $60 to $70 per barrel to date.

It is on record that despite the low oil revenue when the PDP took over, it expanded the economy, paid off our foreign debts, revamped our productive sectors, provided conducive investment environment which encouraged massive foreign investments and handed over a $550 billion economy (largest in Africa and 26th globally) to President Buhari and the APC in 2015.

The statement further said that, “Mr. President had no answers when, in the Channels TV interview, he was confronted with the facts that when he took over, the debt stock was N12 trillion but now N32 trillion and counting; that inflation, which was about 9 percent under the PDP is now over 15 percent; that unemployment rate, which was about 8.9 percent is now 33 percent, that our naira which exchanged at about N197 to a dollar under the PDP is now over N500 and that the petrol price which was N87 in 2015 is now N165 per liter under the APC watch”.

“President Buhari should have seized the opportunity provided by Channels TV to show remorse, apologize to Nigerians for his monumental failure and national embarrassment that the APC government represents instead of trying to rationalize APC’s failures with falsehood and grandstanding about a successor”.

“The mindset of Mr. President as exhibited in the Channels TV interview confirms the fears of Nigerians that the APC does not believe in democratic practice and is determined to manipulate the 2023 election by all means”.

That explains their desperation to scuttle the Electoral Act Amendment Bill provision for electronic transmission of election results, which will effectively truncate the APC’s plans to rig the 2023 election.

The statement concluded that, however, President Buhari and the APC must know that Nigerians are fully rallied on the platform of the PDP to face them in 2023 and that the resort to underhand processes and false indices like those reeled out by Mr. President in his Channels TV interview will not avail them.