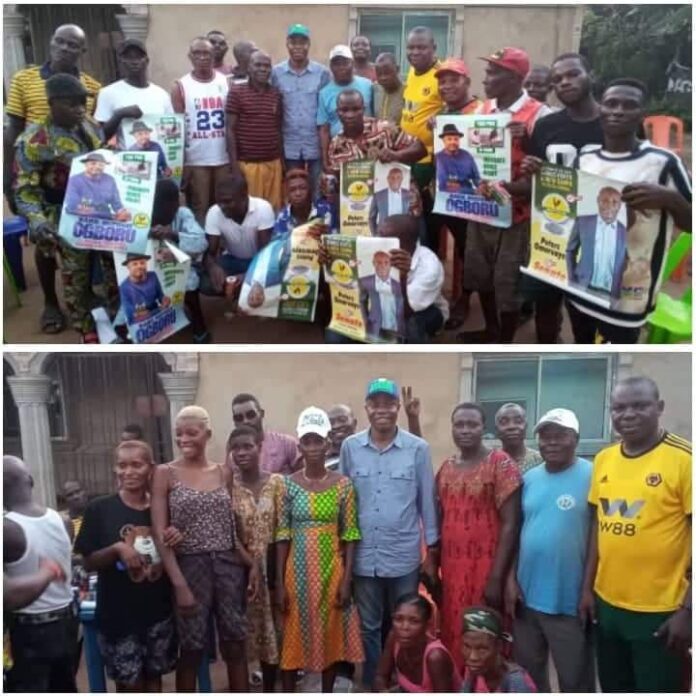 Mr. Sonnie Emaniru, has been unveiled as the new Director General (DG) of the Peters Omaruaye Campaign Organization at Urhuoka, Abraka in units 9,10,11, and 12, during the week and he expressed hope of victory ahead of next year’s polls.

Emaniru assured the supporters of the ‘Omuaraye for Senate’ campaign, and other party faithful that the campaign organization would embark on a vigorous campaign that would lead the party to victory during the forthcoming general elections. He urged the party faithful to give him their unwavering support to deliver on this assignment. He noted that he had accepted the appointment mainly because Mr. Peters Omaruaye is, in his opinion, “A good man who has what it takes to represent us at the red chambers! I had worked with Omaruaye in the past when he served as the Director General of the Ogboru Campaign Organization in 2015, and again in 2019. It was his directorship that led to Omo-Agege’s senatorial victory in 2019!”.

Mr. Sonnie Emaniru, stressed that as a two-time captain of the Gulf Club in Warri, Mr. Omaruaye displayed managerial and interpersonal skills that would be handy in the Senate.

Reacting, the unit leaders through Mr. Larry thanked DG Sonnie Emaniru for recognising the unit by it being his ‘first point of call’ in his new capacity as DG of the Omaruaye Campaign Council. That alone he stressed, shows that “you will always recognize us in your leadership!”

In a separate visit to the Urhuoka community President General’, Mr. John Avwenaghegba, and other ‘political pressure group’ leaders, the DG informed them of his appointment and asked for their maximum cooperation.

In their separate reactions, the president general and the ‘political presume group leaders’ agreed to deliver for Omaruaye’s senatorial ambition and all other APGA candidate’s in the forthcoming general elections.