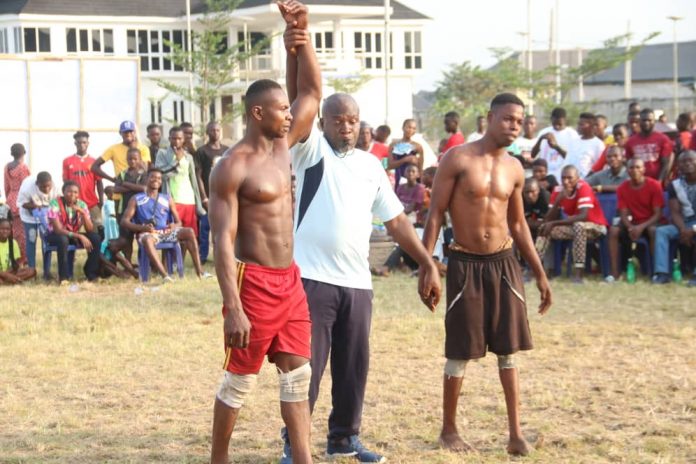 The one going Nanaye Dickson Traditional Wrestling Tournament organized by the Henry Seriake Dickson Foundation has reached its final stage in SAGBAMA LGA, as Constituency 3 is all set to have its contests today, December 4th, 2022 at the country home of Senator Henry Seriake Dickson in Toru-Orua by 12noon. 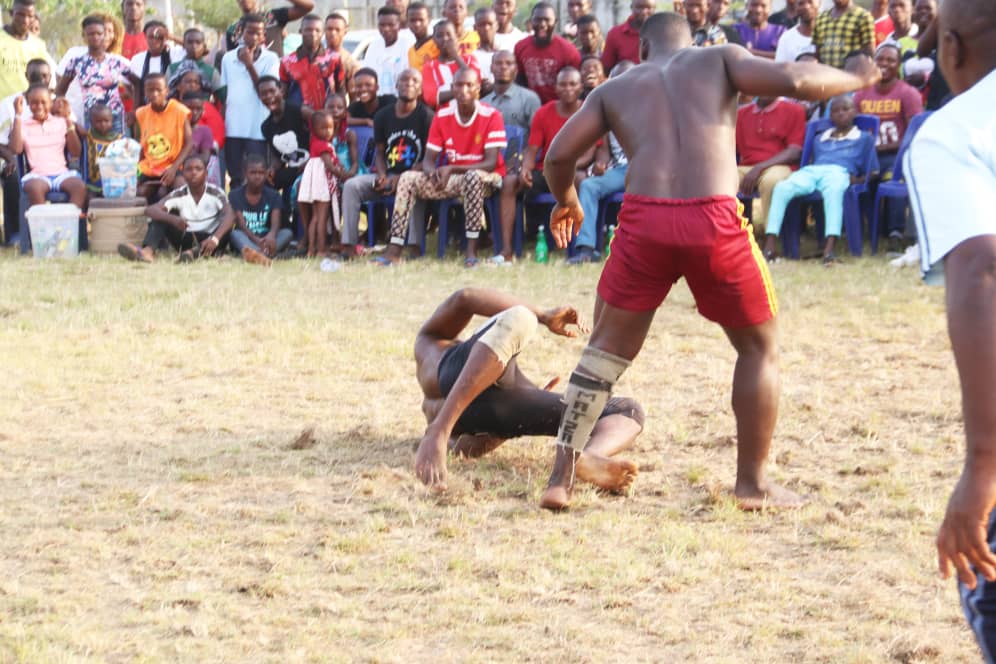 Earlier on Sunday, 2nd of January 2022, Constituency 2 had its day and produced its champions. Coming in the first position was Lucky Contractor from Toru Ebeni Community who grappled other contestants to take home the Constituency cash prize of N100, 000 donated by the sponsor. In the second position was, Ayanka Gideon from Sagbama Community who won a cash price of N70, 000 while Kolo Tamaranpreye from Toru-Ebeni came third with a cash price of N50, 000.

In an interview with our reporter, they expressed their gratitude to God and the Henry Seriake Dickson Foundation for providing the opportunity for them to showcase their talents and also win prizes at the tournament. They stated that in the history of traditional Ijaw wrestling tournaments , no one has organized such a far reaching wrestling competition like what they are presently experiencing . The Local Organising Committee members also commended the sponsor for this initiative that it said promises to produce many future champions as participants have now been talent spotted from the local communities who have never participated in any national or international competitions. 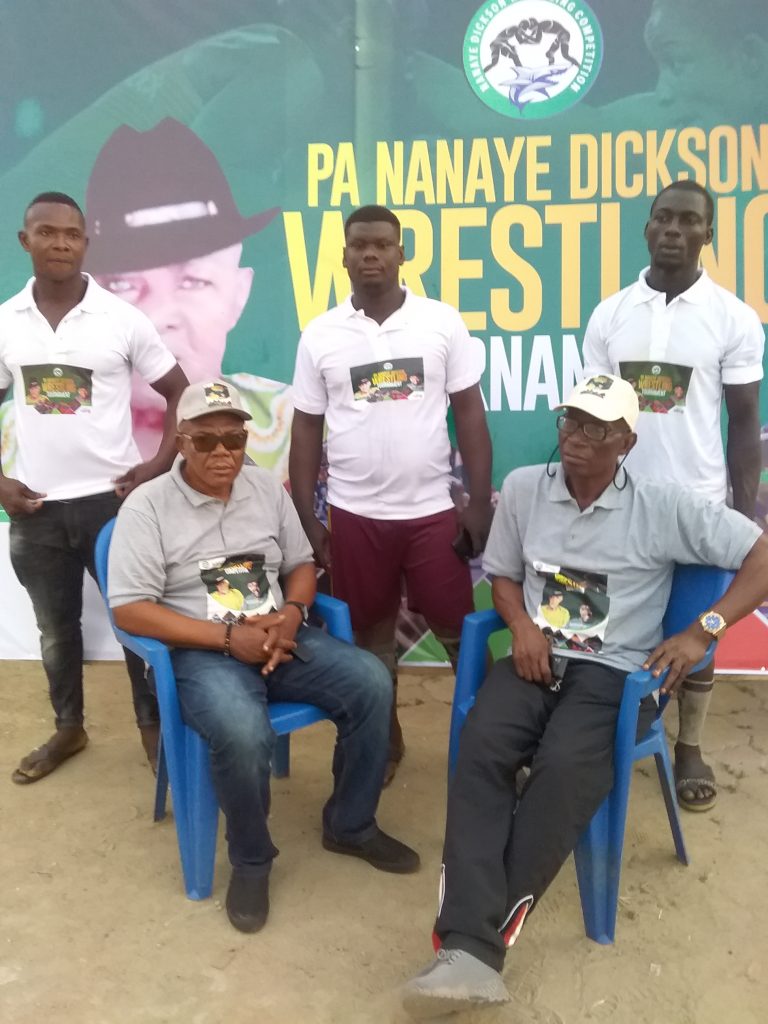 Today, January 4th, is day 3 of the tournament designed to produce champions who will move on to the next round of the annual tournament in Sagbama Local Government Area of Bayelsa State. The venue is in Toru Orua, designated for all Sagbama LGA matches at the Country Home of Founder of the HSD Foundation, Former Governor of Bayelsa State and serving Senator, Henry Seriake Dickson.

The Consultant to the Tournament, Mr. Ono Akpe reaffirmed that invited youths for SAGBAMA CONSTITUENCY 3 shall wrestle on the 4TH of JANUARY, at TORU ORUA, SAGBAMA from 12 noon daily.

The Ekeremor LGA Tournament dates for Constituencies 1-3 are scheduled to take place between the 6th and 10th of January, 2022 in Ekeremor Town, Ekeremor LGA.

Just as the sponsor has said everybody in this tournament is a champion, One Hundred Thousand Naira will be given as consolation prizes to Seven finalists . Other prizes will be given as follows,

The statement said further that, the Nanaye Dickson Traditional Wrestling Tournament is for wrestlers who have not participated in any State, National or International Competitions.

The Nanaye Dickson Grassroots Traditional Wrestling Tournament is sponsored by the Henry Seriake DIckson Foundation and its aim is to talent spot future national and international wrestling champions.