The Niger Delta Development Commission, NDDC, has commenced emergency repairs of the flood ravaged sections of the East West Road at Ahoada in Rivers State, Mbiama in Bayelsa State and Patani in Delta State. 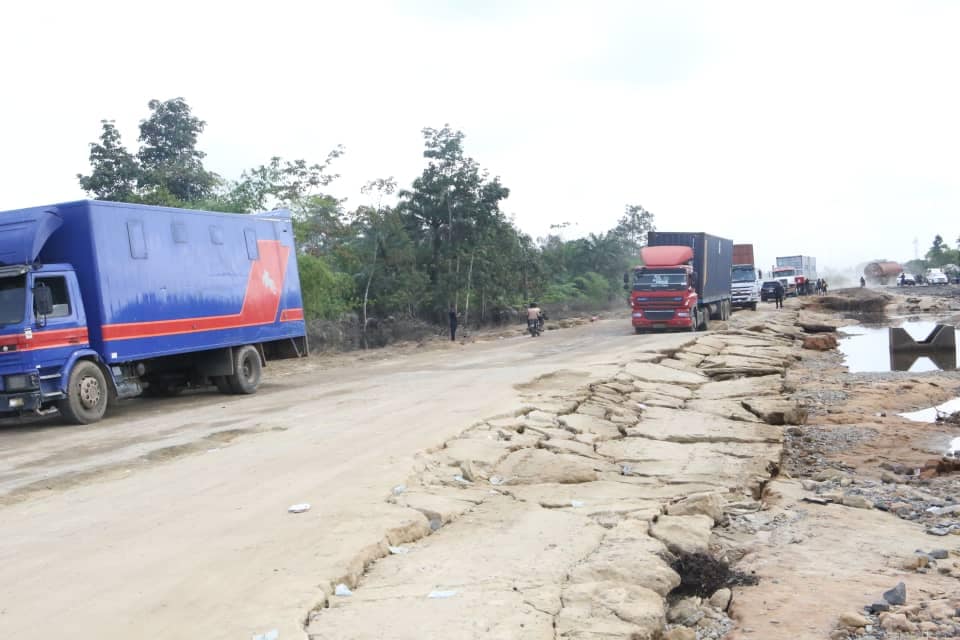 Speaking during an inspection of the restoration work at Ihuike Community in Ahoada East Local Government Area of Rivers State, the NDDC Acting Managing Director, Engr. Emmanuel Audu-Ohwavborua, stated that the intervention had restored the link between Rivers and Bayelsa states. 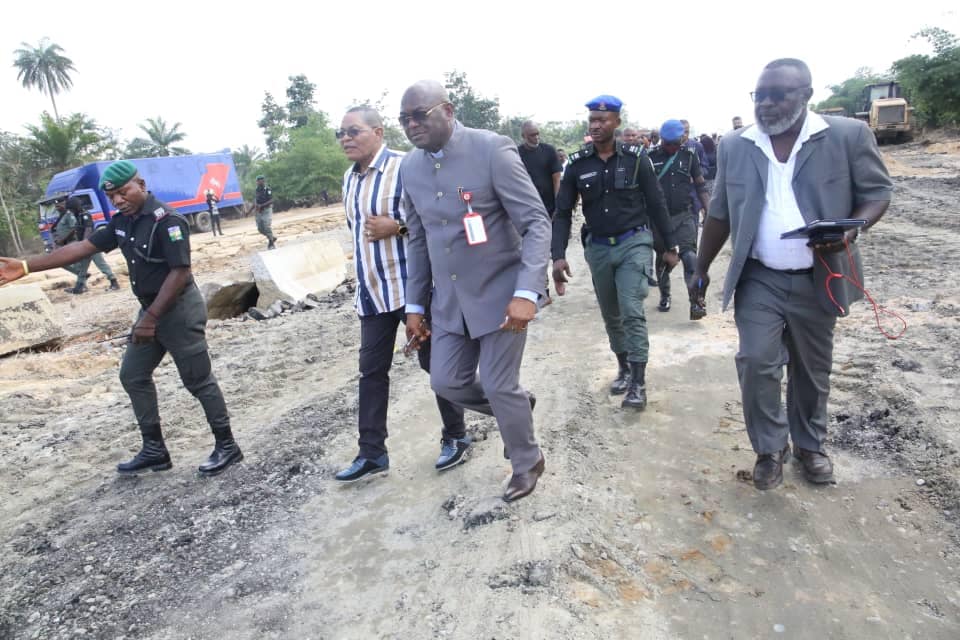 The NDDC Chief Executive Officer, who was accompanied by other Directors of the Commission, was given an on the site briefing by the Project Manager for SETRACO, Engr. Mitchell Issa.

Audu-Ohwavborua noted that the devastation was massive, necessitating the directive by the Federal Government, through the Ministry of Niger Delta Affairs, to the NDDC to move in immediately to restore the road and make it motorable.

He stated: “We were here a week ago with the Minister of Niger Delta Affairs on the directives of President Muhammadu Buhari, who was concerned about the devastation caused by the flood.

The day we visited, it was impossible for any vehicle to ply between Rivers and Bayelsa States.

“These are the kinds of things that the NDDC is created for, to intervene in critical situations. Now, there is some thoroughfare between Rivers and Bayelsa State. Hopefully in the coming days there will be thoroughfare between Bayelsa and Delta states. The Ahoada section is already motorable.”

The NDDC boss commended the project contractor on the progress of the rehabilitation work on the road, noting: “We expect more progress in the coming days in the interest of the people of the Niger Delta region that have endured a lot of pains on account of the flood.”

The Project Manager of SETRACO, Engr. Michell Issa, described the damage on the road as “severe and huge.” He, however, assured that the company would take all necessary measures to make the road motorable in the shortest possible time.

He said: “We mobilized our equipment to the very bad sections as soon as the flood receded. We are currently contending with three sections that are worst hit by the flood.”

Issa promised that the road links to Rivers, Bayelsa and Delta State would soon be restored, noting: “It is challenging because the road is acting like a dam to the floodwaters but we have been working on that and have got it under control. In one week, we hope to repair the bad sections and bring the road back to a motorable condition. 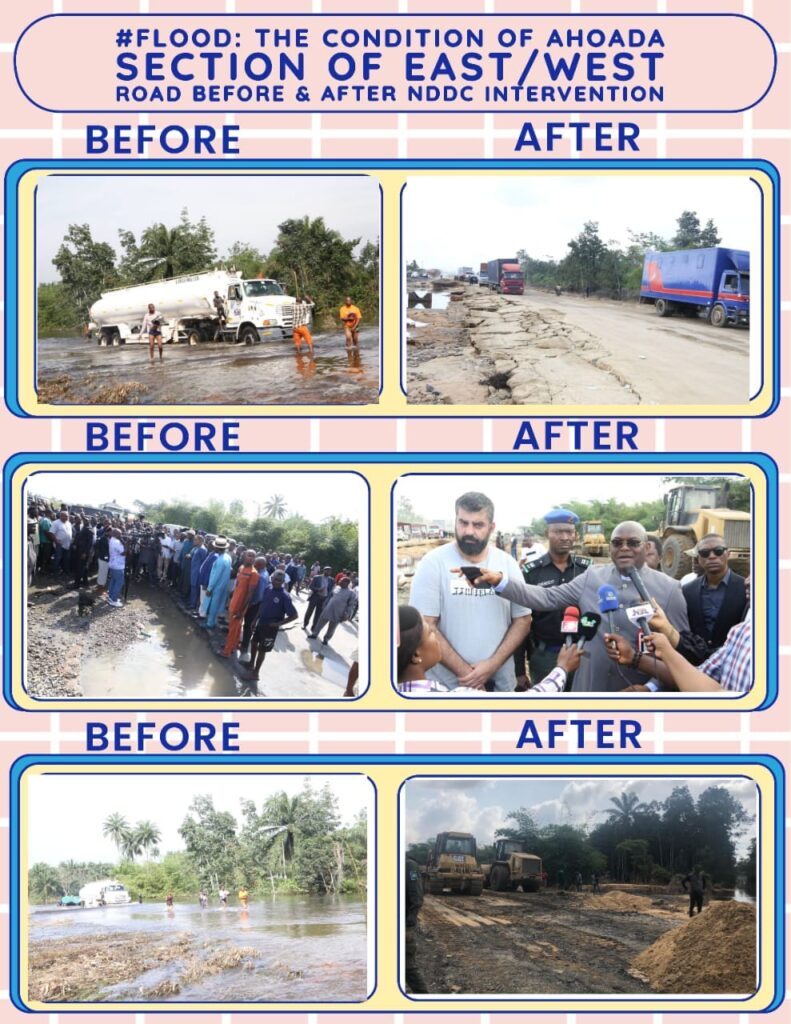