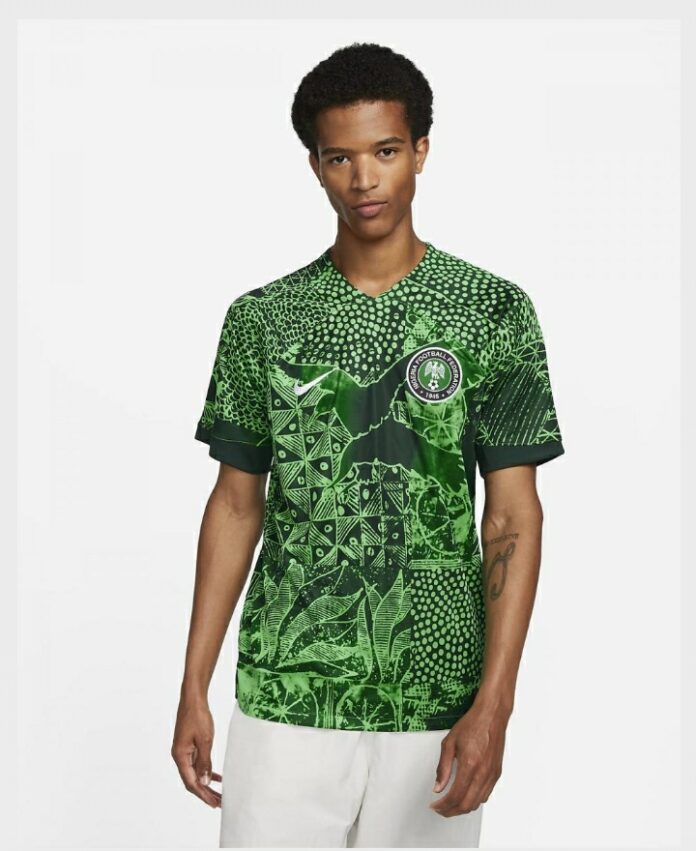 …to be worn by all of the national football teams

SPORTSWEAR manufacturing giant Nike has unveiled its new Nigerian jersey which shall be worn by all the male and female national teams ending weeks of speculation about what the next kind of kit would look like.

At the last World Cup in Russia in 2018, fans mobbed members of the Super Eagles asking the team to pose for selfies as the squad set the tournament alight with its flashy kit described as the best of all the 32 participating teams. Widely regarded as the fashionistas of Russia 2018, the native green and white attire which the Nigerian team arrived wore excited everyone.

In Russia, the Super Eagles turned heads with their chevron-patterned, two-tone green playing kit, while the floral motif on the team’s travel tracksuit also caught the eye. At the time, Super Falcons striker Asisat Oshoala faulted the Nigerian Football Federation and sports giant Nike, saying that female footballers should have been allowed to model the new kits.

On March 27 2020, the Nigerian Football Federation launched the current Super Eagles Nike jerseys for the first time, during a African Nations Cup qualifier against Sierra Leone. Since then, there has been speculation about what the new kits will look like as Nike upgrades the jerseys of all its teams in the run-up to the Worlds Cup.

Nike has now released pictures of the Super Eagles new kits and jersey and the images have been generating reactions on social media. Of particular interest is the home shirt which features a garish design with an all-over hand-drawn pattern covering the entirety of the front and sleeves in two shades of green.