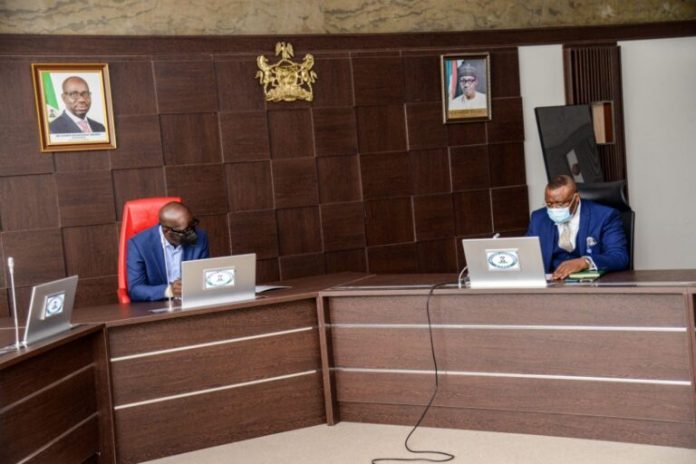 The Edo State Governor, Mr. Godwin Obaseki has charged the National Pension Commission (PENCOM) to be more participatory and identify the most feasible means to utilize the N12 trillion available to the commission in developing the country’s real economy.

The governor gave the charge when he received officials of PENCOM, led by its Commissioner for Finance, Mr. Charles Sylvester Emukowhate, on a courtesy visit at the Government House, in Benin City.

Obaseki noted: “One thing that the commission must now focus on is participation. There is no need to have N12 trillion sitting in banks and not helping to activate the economy. I believe it’s time for the Commission to get a lot more participatory. Yes, it’s the people’s fund and must be accounted for and provided, when needed.

“You can’t keep the money in banks and make the banks happy. We need to grow the economy. We have talked on how to utilize and channel funds to the real economy over the years, but it has not happened.”

“These funds should be channeled into the economy to build infrastructure and grow the economy,” he added.

Reaffirming his administration’s commitment to the welfare of workers and pensioners in the state, the governor noted, “I am glad that we started the Contributory Pension Scheme in 2017 and now Edo State workers have seen the benefits of the scheme.” 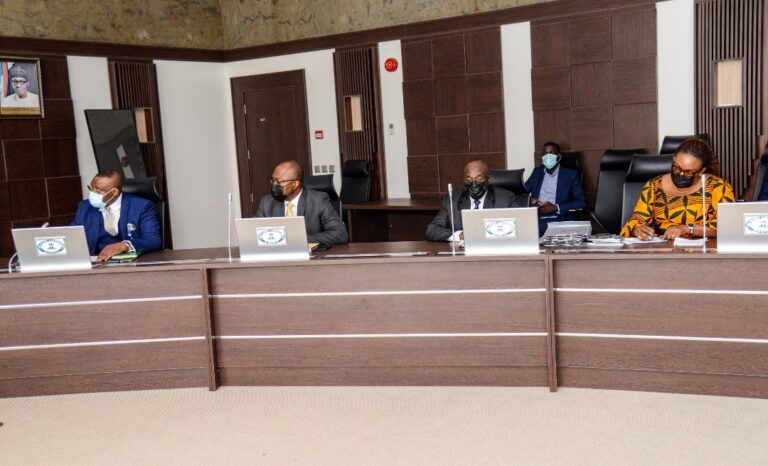 “Since the commencement of the scheme in 2017, benefits have been paid to the families of all those covered by the insurance scheme,” he revealed.

The governor said his administration is undertaking an audit of the 18 Local Government Areas, adding, “For us, sustainability is key. We don’t want to start something and stop it half way.

“We need more sensitization on the Scheme to ensure it is accepted and appreciated totally. The local government is another tier of government that we don’t have direct control over because they are independent. We don’t keep their money, but can persuade and encourage; these we have tried in the past.”

He further said, “The wage bill for pensioners in the state is quite heavy on the government. We are currently paying a huge sum in terms of pension payment. It’s almost 50 per cent of our regular salary payment.

“For us, the welfare of our civil servants is critical to us; that is why you will not see me with a long convoy. Instead, I will use that money to better the lives of Edo people and not use it to benefit some godfather. Thank God, we have victory in that area.”

Earlier, Emukowhate said the mandate of the PENCOM is to ensure that the lives of pensioners are made comfortable after retirement from service.

He added: “We commend you for embracing the process and enacting the Edo State Pension Reforms laws, commencing the implementation of CPS in 2017, setting up the Pension Bureau Board, registering employees with Pension fund administrators and remitting 10 per cent employers and 8 per cent employees contributions to the CPS, even as employers’ verification exercise is ongoing.

“Edo State has a valid group life insurance. With these steps you have shown the people of the State that you are a governor who cares for them.”