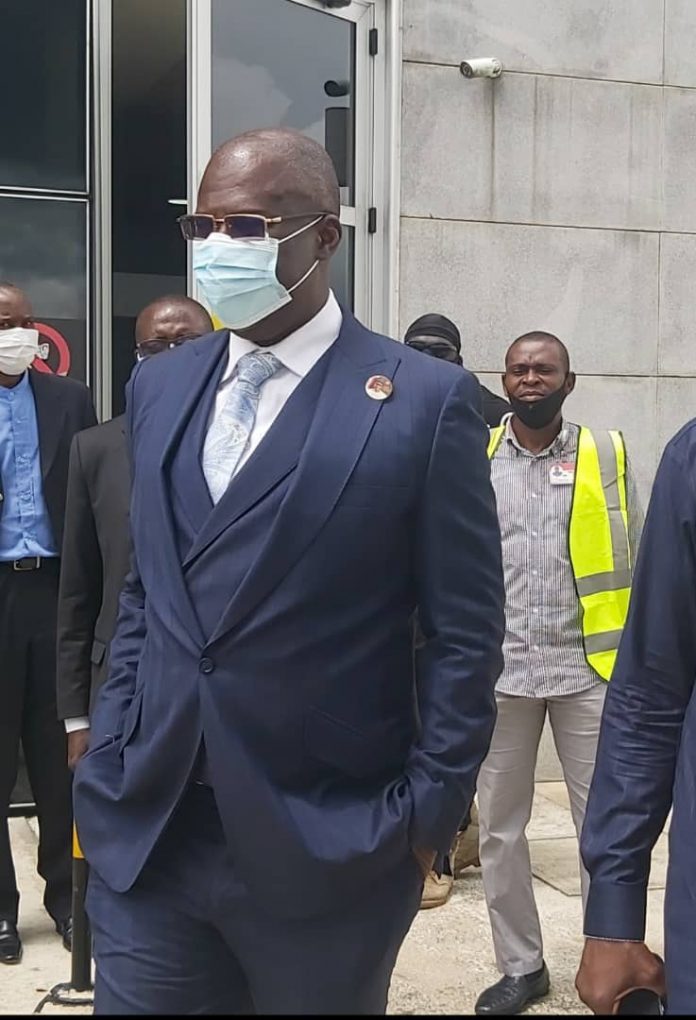 The Coalition for Leadership, Accountability and Good Governance in Bayelsa has taunted former Bayelsa governor and current Minister of State for Petroleum, Chief Timipre Sylva for landing at the Bayelsa International Airport he claimed, never existed.

The group while reacting to photos of Chief Timipre Sylvia posted online by his aide while landing at the Bayelsa State International Airport to attend the 1st African Local Content Roundtable Conference holding at the NCDMB Nigerian Content Tower, Yenagoa said, it is hypocritical of the Petroleum minister to use the airport he claimed was a white elephant project by Senator Seriake Dickson’s administration.

The statement reads in part:

Our attention has been drawn to images posted on the internet by aide to current minister of petroleum, Chief Timipre Sylva who landed at the Bayelsa International Airport to attend the 1st African Local Content Roundtable Conference holding at the NCDMB Nigerian Content Tower, Yenagoa.

“While we find no problem at all with Chief Timipre Sylva using the Airport, it is however absolutely shameful and hypocritical of the former governor to use the airport he claimed never existed.”

“We have always warned our leaders never to play politics with issues of development. It is morally repugnant for the minister to land his private jet at the airport he and his other party leaders in the last governorship election mischievously condemned, demonized and claimed was a white elephant project.”

“The former governor, in a recession worked hard to initiate, complete and commissioned the airport, a project chief Sylva could not do even when there was abundance.

“Timipre Sylvia and his ilks were obviously envious of the past administration for conceiving, executing and commissioning the Bayelsa International airport . As minister of Petroleum, Chief Timipre Sylva now uses the Bayelsa Airport. We Bayelsans and Ijaws have not forgotten how he did everything to scuttle the effort of Senator Seriake Dickson who wanted our people to have their own airport.”

“The Airport would have long been in use but Instead of supporting the former governor, the Petroleum minister used his power and influence in the Buhari led government to withhold licensing.”

“The world knows that Senator Henry Seriake Dickson conceived, executed, completed and commissioned the Airport with world class equipment before he left the office. Bayelsans, Ijaws and the world know that this is governor Dickson’s brainchild and no amount of lies and propaganda by the minister will wipe away the facts from history.”

“Moreover, we are waiting to see when the politically extinguished former chairman of the All Progressives Congress, Adams Oshiomhole and other APC leaders who downplayed the effort of the former governor in bringing to bear, this landmark project they did everything to demonize, will shamelessly use it too.”

“It is painful and quite shameful that all of them are landing at the airport and leaving without acknowledging the effort that was put into executing this project for the good of our people.”

“We are therefore calling on our leaders to be circumspect in opposition and work for the common good of our people.”

Political power must be used to support the government of the day instead of playing petty politics.