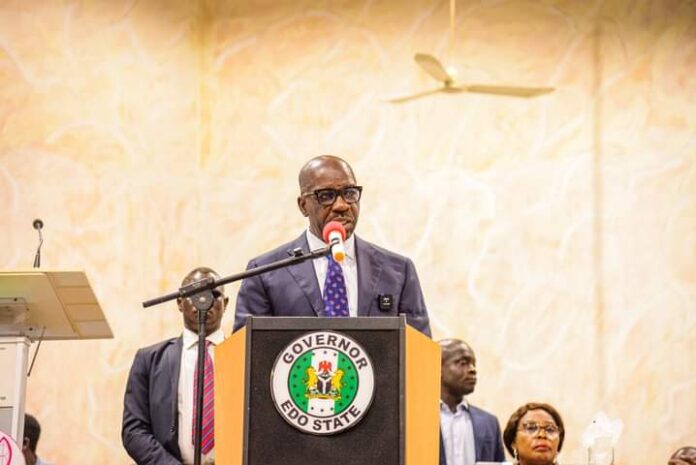 The Edo State Governor, Mr. Godwin Obaseki, has said his administration was transforming into Nigeria’s first smart state with the provision of fibre optic connectivity in all Edo communities.

Obaseki, while speaking to journalists in Benin City, said the optical fibre connectivity being rolled out across Edo’s 18 local councils will enhance access to the internet and expand the state’s digital economy.

The governor further noted that his administration was paying critical attention to all sectors of the state’s economy, including healthcare, arts and culture, technology, education, civil and public service and agriculture, among others to improve the livelihoods of the people and achieve economic prosperity for the state.

He said, “We are providing fibre optic connectivity to all Edo communities with the aim of becoming the first smart hub in the country. By the end of next year, all our local government areas will be connected with fibres.”

For the health sector, the governor said his government was building a medical city and has rebuilt the Edo School of Nursing Science and transformed it into a world-class nursing school, while work is ongoing at the Edo School of Health Technology.

He noted, “We have 30 hectares of land at the Stella Obasanjo Hospital to build a medical city where various medical practitioners will come and get a space. We have also made tremendous progress in the area of sports.”

“We are doing so much in terms of job creation and capacity development for our people. We have created about seven job centers where citizens can submit their job applications for job placement. We have given out N7 billion naira to Small and Medium Enterprise with the assistance of the World Bank,” the governor added.