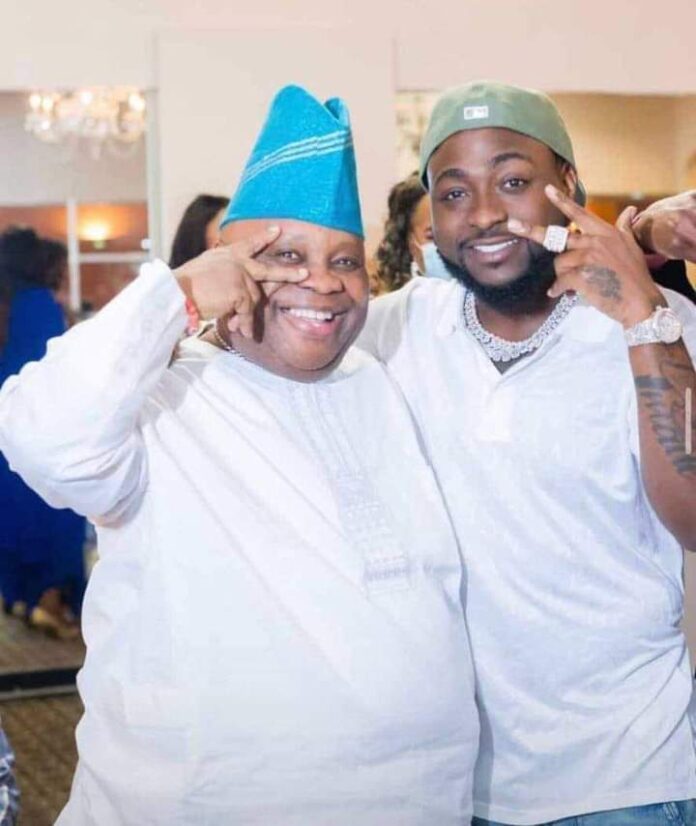 …tells supporters to be alert to prevent result change

In a post on Twitter, the singer claimed that information coming in across Osun State showed that PDP was being favoured.

He called on voters in the state to be vigilant, warning that what happened four years ago should not repeat itself.

Davido wrote, “Remember this is the critical period!! It was this time 4 years ago. Around 1 pm that they started their mischief.

“Everyone be vigilant. Come out and vote and defend your votes until the end! Be alert! We have waited 4 years for this moment!

“All the info coming in is looking very good for PDP and it is making APC jittery and desperate. Please tell our people that are yet to vote that every vote is needed. Everyone needs to go out to vote now.”

Meanwhile, results posted on the portal of the Independent National Electoral Commission (INEC), show that Adeleke is leading Oyetola with over 10,000 votes.

The result on the portal of the electoral body shows that Adeleke has polled 67,892 votes while Oyetola has 56,915 votes.

The polling unit is in Olorunda Local Government Area.

The governorship election is taking in 3,763 polling units across 332 registration areas in 30 local government areas of the state.

Fifteen political parties and their governorship candidates in the state are battling to win the race to the government house.

Story Credit: Based on reports by Saturday PUNCH and Daily Trust, News Express.