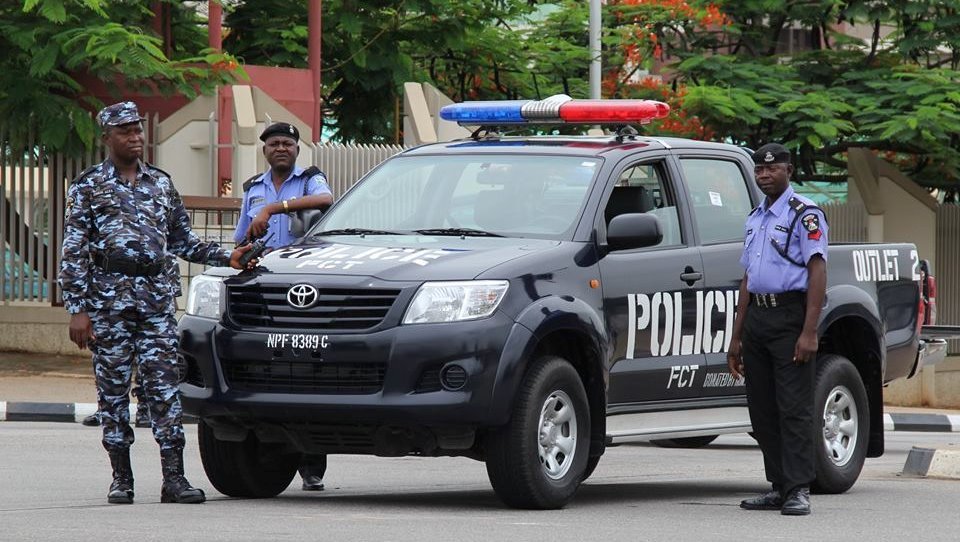 The Federal Capital Territory Police command has debunked a rumour that terrorists are planning to attack select targets in Abuja.

Police Public Relations Officer, DSP Josephine Adeh, said in a statement on Thursday that the police had rather strengthened security around social and critical infrastructure in the FCT.

Adeh said that the Commissioner of Police Mr Babaji Sunday has given the assurance of the command’s unflinching commitment to Crime fighting.

The Police Spokesperson said that a security alert being circulated on WhatsApp platforms was the product of mischief makers with a motive to spread fear and cause panic in the society.

She said that police investigation in the affected areas showed that activities of hunters were being misinterpreted by those behind the rumours.

According to her, the police authorities and the traditional rulers in the areas have taken a joint decision to suspend hunting in the affected areas as part of the efforts to douse tension.

Some residents of Orozo, a suburb of Abuja were on Thursday agitated by the purported ‘intel’ shared on WhatsApp groups that terrorists are planning to storm the area for captives on Friday.

The message sent shivers down the spine of residents who desperately sought temporary accommodation to avoid being caught in the areas said to be targeted for invasion by the dreaded terrorists.

Also said to be on the target list of the terrorists are Government Secondary School, Karshi Abuja, Karshi Hills 1,?

But the police authorities cleared the air that the areas and hills mentioned are under heavy security surveillance by security agencies and that there was no iota of truth in the purported message.

“The attention of the Federal Capital Territory Police (FCT) Command has been drawn to a series of misleading writeups tagged “security alert” in circulation on the popular social media platform WhatsApp and many others, suggesting an ongoing plan and coordination of a terrorist attack on some areas, social, and critical infrastructures in the FCT.

“The erroneous news is a product of misguided and attention-seeking individuals, targeted at promoting panic and apprehension in the minds of residents.

“It is unfounded and should be disregarded as the mountains and hills so mentioned have in recent times witnessed heavy deployment of Tactical and Intelligence assets of the Police and Sister security agencies sweeping through them on intelligence gathering routines exercises and dislodging the possible habitation of criminal elements, an exercise which is promised to be sustained.

“While Critically investigating the assertion with a view to ascertain its root cause and validity, It has been discovered that hunting activities have been one of the misinterpreted activities on the hills and mountains in some of the areas so mentioned.

“Therefore, the Police in collaboration with traditional authorities of these areas have suspended such activities in a bid to douse public apprehension. Also, Prior to the emergence of these erroneous writeups, the police and sister security agencies in a bid to proactively secure these infrastructures have made adequate deployment of human and material resources whose presence could have been erroneously summarized as a preparation for an envisaged Terrorist attack.

“Consequent upon the above, the FCT Commissioner of Police CP Babaji Sunday psc while reassuring residents of the command’s unflinching commitment to bringing crime and criminality in the Territory to its barest minimum, wishes to state that these areas and the FCT as a whole is safe. He, therefore, urges members of the public to go about their lawful duties without the fear of harassment or molestation of any kind and from any quarters.

“To Complement the above, additional deployments have been made to the areas mentioned in the viral writeups amidst intensified surveillance and monitoring. Residents are therefore urged to remain vigilant, and report any suspicious or abnormal occurrence to the Police through the following emergency lines: 08032003913, 08061581938, 07057337653, and 08028940883, while the Public Complaint Bureau (PCB) desk, could be reached on: 0902 222 2352.”