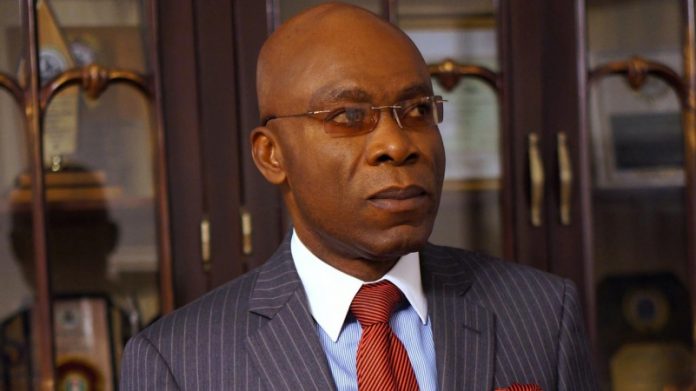 The Intra-Africa Trade in Durban, South Africa has ended but it was on a good note for Nigeria, both in perception as the heartbeat of Africa and respect for its citizens.

A story shared by a Saudi Prince – who identified himself only as Khalid at the premium restaurant in Beverly Hills Hotel, where about five of us – two Nigerians, two Kenyans and one Ghanaian met – touched my heart and reassured me that Nigerians could be respected for their ingenuity and ambitious nature. This young Prince had approached us to know if we were Nigerians and we replied in the affirmative.

He had proceeded to hail the country, noting that Nigeria is a great country with a lot of hardworking people, adding that in future, he would like to visit the country as this was his first trip to Africa with his partner. He minced no words in declaring that Nigerians are very intelligent and ambitious people.

Inquisitively, Johnson, a member of the five-man group had tried to know the reason for the compliments since the Saudi Prince has not been to Nigeria. This guy told us how a poor Nigerian schoolmate of his late elder brother challenged the British status quo and built one of the best tech-powered living homes in the world, right there in the UK. We were all ears and requested him to sit for few minutes and give us the full gist.

He gave an example of a Nigerian who he identified as Mr. Leo Stan Ekeh. Leo Stan, as he said they used to call him, was a school mate of his late elder brother at City University, London over 37 years ago. He narrated how Ekeh, who was a young student at the time, was invited to their house in an exclusive estate for the rich in the UK for his brother’s birthday.

He stated that Leo Stan was a postgraduate student, while his brother was pursuing undergraduate studies back then. However, he disclosed that his late brother loved Africa though he had never visited the continent. He also wished to be a successful businessman and thought he could explore Africa in future. He was privileged to be in attendance in a conference on campus where Leo Stan had spoken glowingly about how Africa would emerge in 40 years’ time as a strong continent because of her population and appetite for quality goods and services.

“My brother thought he was brilliant and became Leo Stan’s friend and each time he came to the house over the weekend, he would tell my Mum and Dad how amazing and brilliant this new-found friend was,” the Saudi Prince disclosed.

Continuing, he stated: “On my brother’s 21st birthday celebration, the family had a party for him and my Mum asked him to invite Leo Stan and few friends of his in school to our home and he did. But when the driver bringing Leo Stan and three others were stopped and asked questions at the entrance of this estate, Leo Stan felt the security men at the estate gate were unreasonable with the questions they asked them.

“My Mum who really liked him from the few photographs he took with my brother because of his decent dress sense explained to him that it was for security reasons because of the personalities living in the estate.  But this guy told my Mum that he must own a house in that estate in future. My Mum sincerely thought he was joking, knowing that the estate was extremely expensive, even for the rich and we always joked with his ambition and always asked our brother about his future billionaire African mentor. Interestingly, my brother always assured us that Leo Stan may do it.

“We lost contact with Leo Stan after his graduation. But can you believe that this same Nigerian 24 years after bought a beautiful brand-new home in the estate? The estate agent who was helping my very rich Uncle buy a property told us that a Nigerian by name, Chief Ekeh had closed the deal on the asset before he could conclude due diligence.

“We later found out that it was the same Leo Stan Ekeh as he was known then, but he was resident in Nigeria and we could not meet him during that vacation. My aged Mum, who recalled him from his student days, could not believe it. A few years later, we learnt that Mr. Ekeh was building the most magnificent tech home on over four acres in an estate where you have the highest concentration of Russian and Arab billionaires. We got to learn of this from my very rich Uncle who mentioned it us.

“My Uncle, who has an eye for luxury, was sure he would outbid any wealthy guy to buy the house after completion as he claimed he had already made this known to Knight Frank, the estate agent who helped Mr. Ekeh purchase the land. However, he was disappointed when he was told Mr. Ekeh said he would live in the house only for a minimum of two years before selling it because every wealthy man wanted the house.”

Describing the magnificent edifice, the Saudi Prince left us all in open-mouthed at his expressive presentation of the architectural masterpiece.

“Guys! You need to see this house. It is exceptional and completely high-tech. My uncle who was so much in love with the design and tech specifications said he was ready to pay the guy more than 200% the price of the house and still Mr. Ekeh rejected the offer.

“I learnt he later sold the house two years ago to one of the richest Russian billionaires to pay his bankers. When I visited my uncle four years ago because he lives in same estate close to this White House, I tried two times to take the picture to show my Mum, but my phone could not capture anything.

“I started wondering what kind of tech that was installed there to block picture taking. But from the outside, the building is extremely inspiring. It is difficult to believe a poor Nigerian student few years ago said it and achieved more. I think Nigerians are very hardworking and ambitious and should be respected. I hear Mr. Ekeh is now one of the richest tech guys in Africa. I think developed countries in the world should partner Africa for global wealth growth,” he concluded before wishing us well and departing in a waiting limousine with multiple escorts.