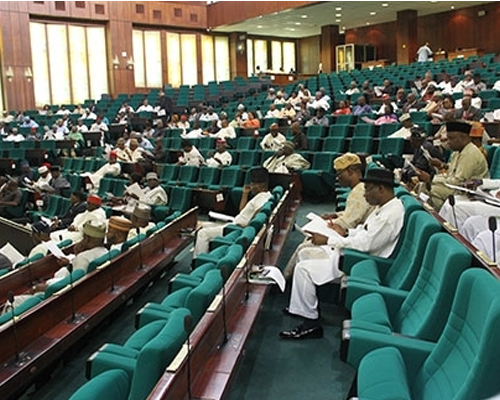 The House of Representatives Committee on Defence has summoned all heads of security agencies in the country over their refusal to buy arms and ammunition from the Defence Industry Corporation of Nigeria (DICON).

The chairman of the committee Hon Babajimi Benson, announced the summon when the Director of the Corporation, Major General Hassan Tafida, appeared before the committee for the 2023 budget defense session.

Hon. Benson said that there was a need for the nation’s security agencies to first source arms and ammunition locally before going outside.

He said the lawmakers would compel all security agencies to buy arms and ammunition from DICON.

“We do not see why it is only the Army that is patronising DICON, the Air Force and Navy should also as a matter of urgency patronise DICON. And by this, we will save foreign exchange, we will improve our local technology and our youths will have some form of jobs”. Hon. Benson said.

In his submission, the Director General of the corporation, Major General Hassan Tafida, accused security agencies of not patronising DICON by purchasing arms and ammunition from them.

He said that they preferred to go outside to buy. He noted that there is no law stopping or compelling security agencies from purchasing arms and ammunition from DICON.

“It is that perception that we cannot provide all the things they need, so they go outside and the law did not restrict them from going outside. So these are some of the things that need to be corrected. This is why DICON must wake up from the status it was to a new status. We are making an effort to ensure that the military-industrial complex is a reality in Nigeria,” Tafida said.

He said people from the private sector were partnering with DICON by building factories, producing Armored Personnel Carriers and also going into the production of weapons and ammunition.

He added that all that was needed to be put in place was the country’s own homegrown technology, for easy transfer technology.