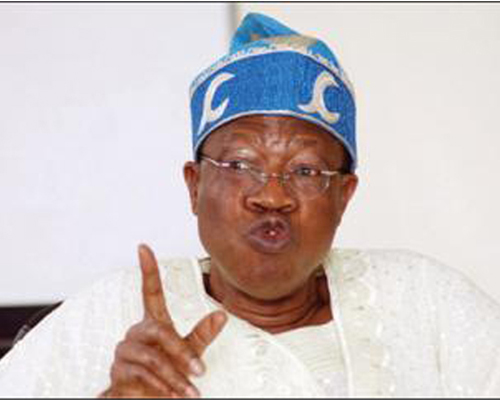 The Federal government on Thursday said it would sanction any erring media Houses that reports terrorists’activities or play their videos.

According to the FG, the Goverment will punish the British Broadcasting Corporation (BBC) and Daily Trust newspapers over their documentaries on terrorism and banditry in Nigeria.

Minister of Information and Culture, Lai Mohammad, who disclosed this in Abuja said that no media house will get away with such an act.

“Let me assure you, they will not get away with this naked glorification of terrorism and banditry in Nigeria.

“When otherwise reputable platforms like BBC give their platform to terrorists, showing their faces as if they’re Nollywood stars… I want to assure them that they won’t get away with it, the appropriate sanctions will be meted,” the Minister said.

Recall that the BBC had on Monday in a 50-minute documentary titled, ‘The Bandit Warlords of Zamfara’, played on the BBC Africa Eye program, provided insight into the mindset of bandit kingpins, the booming kidnap-for-ransom industry, and how Zamfara’s insecurity may have been caused by the ethnic conflict between Hausa and Fulani groups.

Also in March, Daily Trust TV, an arm of Daily Trust Newspapers, published a special report and documentary which exposed major issues around banditry in Nigeria. Non-state actors like Bello Turji were interviewed in the documentary.

“All I can say is that there is a regulatory body, the Nigerian Broadcasting Commission (NBC) and they are also aware of these incidents and are looking at which part of the broadcasting codes have been violated by both the BBC and the Daily Trust.

“But I can assure you that there will be consequences. For those who will argue that BBC is a foreign broadcaster and as such, it is not licensed by NBC, let me assure you, they will not get away with this naked glorification of terrorism and banditry in Nigeria.

“I have said it many times here that the media is the oxygen that the terrorists and bandits need to breathe. When other reputable platforms like BBC now give their platform to terrorists, showing their faces as if they are Nollywood stars, what does that means? I want to assure them they won’t get away with it. There are sanctions to be meted on both the BBC and the Daily Trust,” he stated.