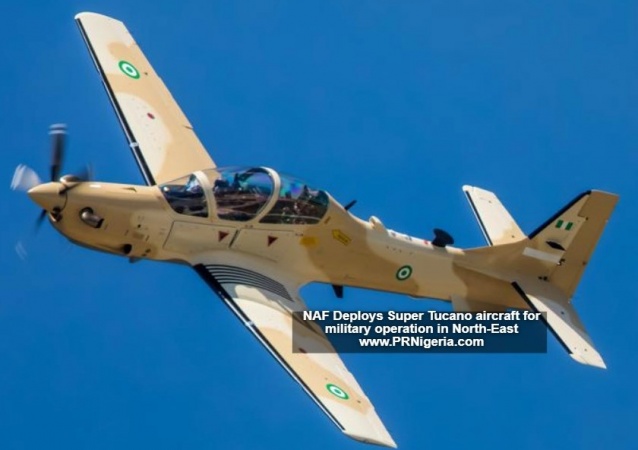 A Super Tucano jet in the Nigerian Air Force (NAF) fleet have eliminated ISWAP terrorists and destroyed their gun trucks in Gajiram, Borno State.
PRNigeria gathered the terrorists in several gun trucks attempted to overrun the town when the aircraft arrived at the scene.

During a coordinated military offensive between the air task force and the ground troops, large sophisticated weapons were also recovered.
A military intelligence officer told PRNigeria that at least 26 bodies of the terrorists were recovered after the aerial bombardment.

“The aircraft arrived timely and bombarded the locations of the terrorists and burned some of them beyond recognition.

“We have so far counted 26 bodies of the terrorists but unfortunately we lost two gallant soldiers while tackling other fleeing enemies.

“More bodies of the terrorists could be seen from afar in their burning trucks along Kunli village road and on the eastern side of the town.”

PRNigeria recalls that the Nigerian military recently took delivery of the batches of A-29 Super Tucano aircraft from the United States to aid the fight against insecurity in the northeast and other parts of the country.