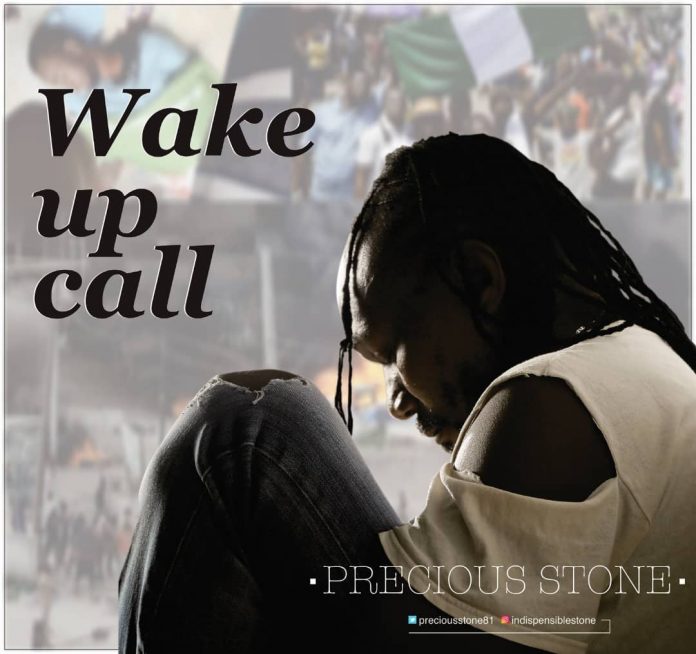 “Wake Up Call” a single by Precious Stone, a reasoned guitarist based in Lagos, is set for Release/Launch on the Eve Of Lekki Massacre 20.10.20. The single release which will take place in Lagos is scheduled for 19.10.2021.

The song is heralded by an intro montage of some security communications through a PA System supported by sirens just before you are hit by the vibes which some have described as a touch of old school reggae.

This writer who has listened to the demo track recommends it to the listening public as you can hear the seasoned touch of the lead guitar piercing through the well arranged reggae music.

The art work for the song release has a touch of imaginative photography that also lends credence to the creativity of the artist.

The single is set to be released on the 19th of this month, that’s the eve of the 20-10-20 Lekki massacre remembrance.

Precious Stone was a prominent guitarist in one of the Live Bands featured at Prest Motels Benin City between 1997 and 2002. Then the most vibrant and prestigious entertainment enterprise in Benin City and indeed Nigeria, the Motel boasted of a seven days a week programming and 24 hours Services and was referred to as the “Place to be”.

It had 4 nights of different featured Live Bands, 3 nights of Stand-Up Comedy/Disco and seven nights of Karaoke and not to forget its exquisite Lebanese Restaurant.