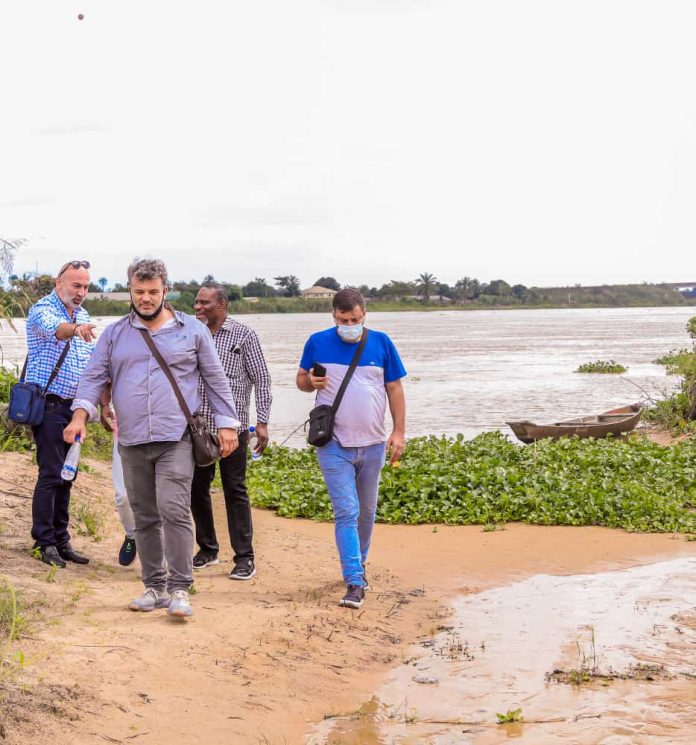 A top European investor, Mr. Georgious Goulas of the African Atlantic Gulf of Guinea Fisheries (AAGGF) has said that the European consortium is bringing massive investments into Bayelsa State to build a robust agro-and maritime economy that will generate over 4,000 job opportunities in the State. 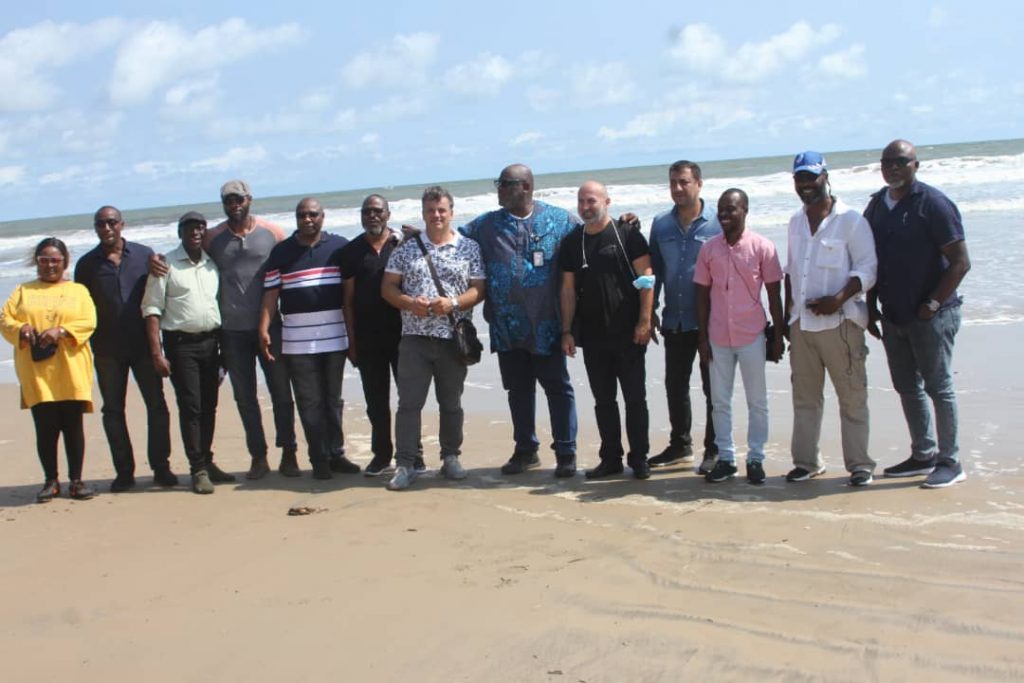 A Memorandum of Understanding has been signed between the Bayelsa State Government and the AAGGF for a massive aquaculture project that include setting up of 300-hectares offshore aquaculture farm, 20,000-metric tonnes capacity fish processing plant and a boat building yard across the three senatorial districts of Bayelsa State.

The team from Greece and their Nigerian representatives were in Bayelsa State for a 3-day tour of potential project sites and visited different river and sea sides at Swali, Ox-bow lake in Yenagoa, River Nun by Sampou, Agudama-Ekpetiama, Nembe, Twon Brass and Okpoama beach earmarked for the project.

The inspection of the various locations followed the recent visit by Senator Douye Diri, Governor of Bayelsa State to Greece to see and appreciate the various aquaculture and maritime projects to be replicated on Bayelsa soil and water. 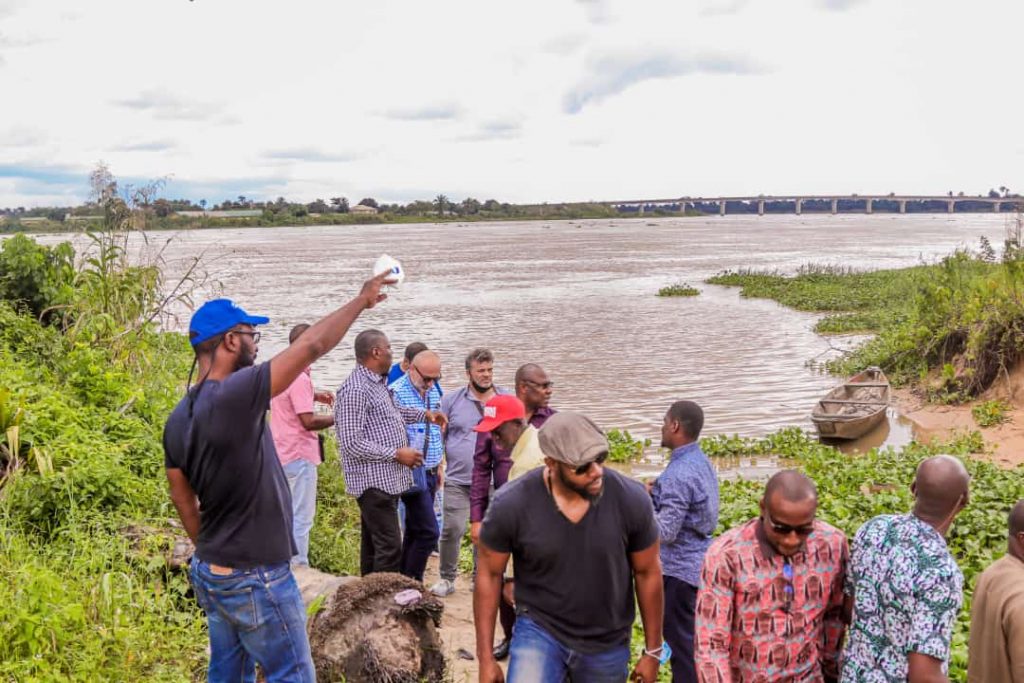 Mr. Goulas, who led the team from Greece and spoke through an interpreter said he was excited that the Bayelsa environment was most suited for the massive fisheries business and that such a project would have a value chain effect to stir ambitious economic activities for the people.

“I believe that such a project will have a value chain effect. Definitely, it will bring development into the society, increase the value and give more economical activities to the indigenes. Which in turn will raise their standard of living overtime. And it can only keep increasing, not decreasing because there is the issue of food security worldwide, so food will always be required. We are glad to be part of this new opportunity and we are here for real investment”, he stated.
Also, the Head of the Lead Consultant to AAGGF, Prince Patrick Osobase, said the Greek delegation which included their technical team had been impressed by the potentialities of the various locations for the kick-off of the agricultural revolution to diversify Bayelsa’s economy and that the people of Bayelsa State stand to benefit immensely from the investment.

“We are the lead consultant for this project. Well, we have been very impressed. We have done multiple visits to Bayelsa State. We have now brought in the technical team to confirm information we earlier provided them. But more than aquaculture, we are going to be building vessels here in Bayelsa State. We are going to have a boat yard that will produce 100 vessels for this project. We are also going to have a processing plant, where we are going to process the fishes catch and add value. So it’s not just aquaculture, its boat building. There is processing, there’s distribution. It’s a complete industry”, Osobase stated.
The Commissioner for Agriculture and Natural Resources, Mr. David Alagoa, after leading his guests to various sites told newsmen that Bayelsans and Nigerians were waiting for the take-off of this massive investment that will provide direct training to 2,500 young Bayelsans and create about 4,000 jobs.

When asked how ready the State is for this multi-billion naira project, Alagoa said, “Well, when you say ready, I will say we are ready because that is the will of His Excellency, the Governor. And as you know, the Governor is fully behind this. Now the whole process of being ready in terms of the whole state, it takes a while. It’s in stages. We have been to various ministries in the federal government. We have been to various departments and we have set up steering committees within the State. And that steering committee is working. It’s going to have to go to all stakeholders so that everybody is aware of what is happening. And even the communities, we have to come, let them be aware of what is happening. So there’s that whole process, I will say it has started. It’s a process. We have signed an MOU. From the MOU, we are going to sign the main agreement. And that’s going to happen very soon.”

Alagoa is very upbeat about the project that will create impact in every constituency as directed by the Governor and gave the assurance that the State Government is committed to the timely commencement of this massive aquaculture project. 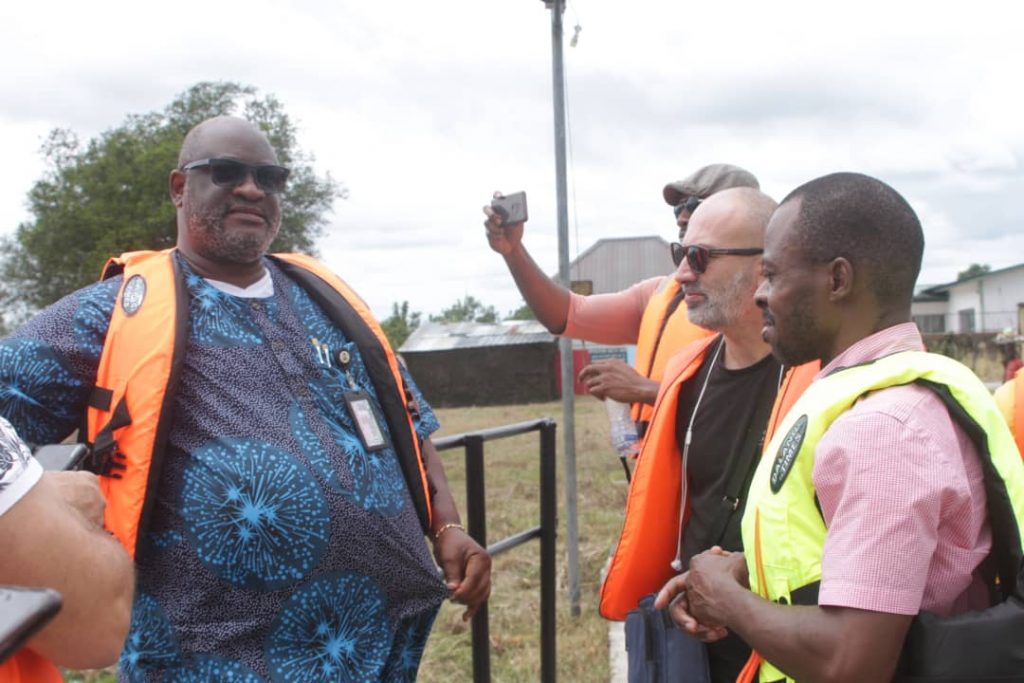 “Now when that happens, we’re going to start mobilizing expatriates. Then they are going to be teaching the students and then we’re going to be building the shipyard and we’re going to be employing people. You will see first and foremost, an aquaculture facility set up in this ocean somewhere. You are going to see fish cages as we have, we went and we’ve verified in Greece. We are going to start with that because they are easiest to set up but it takes a long time to mature. So we will start with that. As that is happening, we are training the youths. We are going to train 2500 youths. His Excellency is particularly committed to every constituency being part of this process. So it’s not as if because you are far away, you will not gain. No! He says we are going to employ people from every constituency in the State. You can see that type of commitment. So by the time that happens, wow! You will see a lot of changes. So everybody, by the time you take 50, 70, 30 in every constituency, you will see how many people to touch. Because you touch one person, you are touching 15 people. So that’s the type of impact that it’s going to have”, Alagoa said.