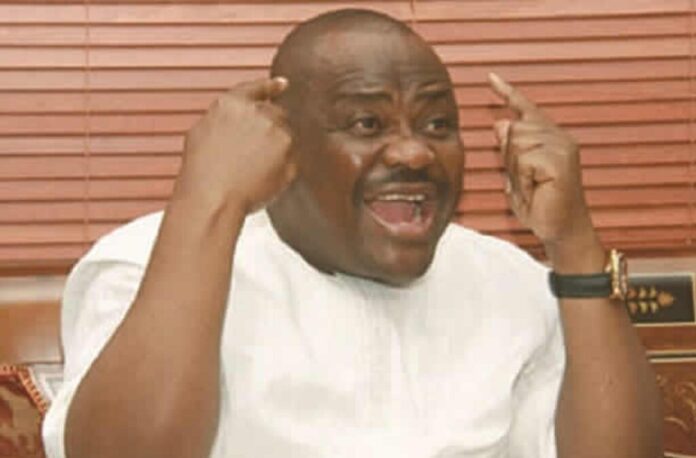 Wike, who spoke at the Port Harcourt International Airport, said: “Thereafter he (Atiku) appeared before Arise Television, see the statements he made. So many lies were told”.

In the July 22 interview with ARISE TV, Atiku had said that he did not pick Wike as his running mate for next year’s election because he wanted someone he could work with “amicably”.

“Governor Wike was not rejected. Nobody was rejected in the party. But you must understand that it’s the prerogative of the candidate to pick his running mate — a running mate he believes he can work with amicably, and then also deliver the policies of the party, and also try to unify the country,” Atiku said.

Atiku said he opted for Okowa instead of Wike because he wanted someone that could “deliver the policies of the party, and also try to unify the country.”

The PDP presidential candidate praised Wike as a courageous and brilliant politician who has a future in Nigerian politics.

“Governor Wike is a brilliant politician. He’s courageous, tenacious,” Atiku said. “I believe he has a future in the political evolution of this country. It’s not a question of rejection. Certainly, not. I think it’s too harsh a word to say that we rejected governor Wike. Certainly not.”

Wike, who came second at the PDP Primary and thus lost the PDP presidential ticket to Atiku, had days ago promised to open upo and tell the world the whole truth.