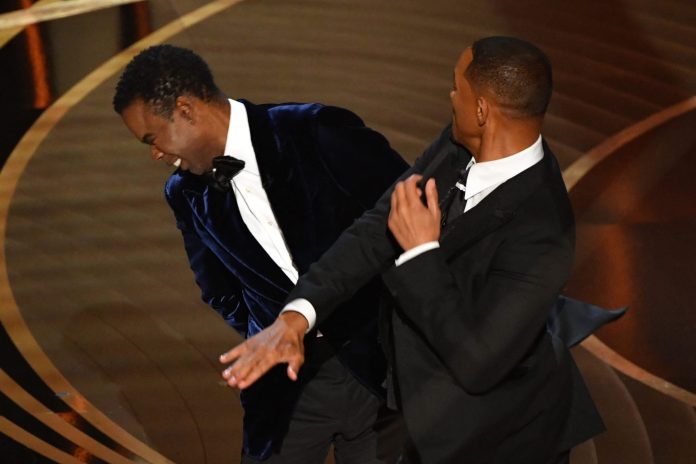 Best actor nominee Will Smith appeared to smack presenter Chris Rock in the face with an open hand and shouted a vulgarity at the comedian for making a joke about his wife’s appearance at the Oscars ceremony.

Rock made a joke about the hairstyle of Smith’s wife Jada Pinkett Smith that referenced the movie GI Jane in which actress Demi Moore shaved her head. Pinkett Smith suffers from the hair loss condition, alopecia. Smith, who later won best actor for ‘King Richard,’ walked on stage and slapped Rock in what at first appeared to be a scripted joke. But the mood turned somber moments later when Smith, back in his seat, shouted back, ‘Keep my wife’s name out of your fucking mouth’