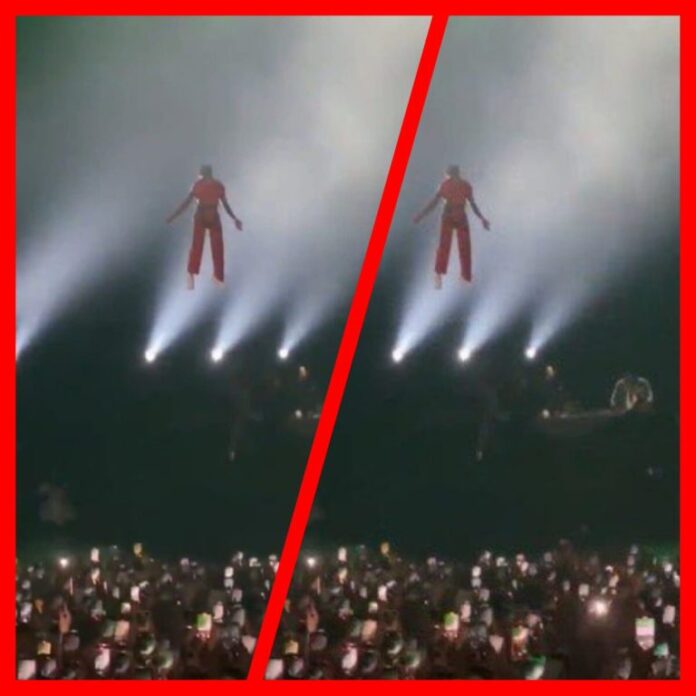 A video of Nigerian afrobeat musician Wizkid flying onto stage at the Accor Arena in Paris 2022 has since gone viral on social media.

At his “Made In Lagos” concert in Accor Arena, Nigerian singer-songwriter Ayodeji Ibrahim Balogun, better known by his stage name Wizkid, made an epic and breathtaking entrance.

Wizkid made his entrance on stage in the form of a bird, particularly resembling the classic movie that illustrates Christ ascending to heaven.

Following his Grammy victory, Wizkid was confirmed by Mandy News as the most honored musician in the history of the Nigerian music industry.