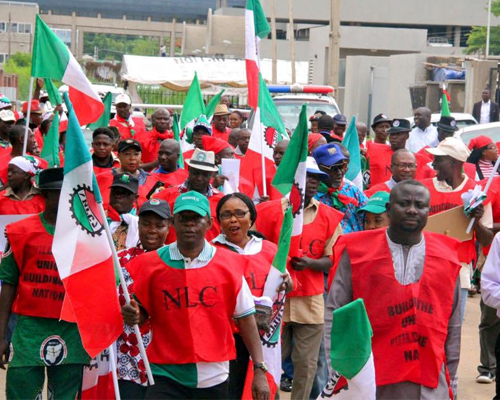 That things are this bad in Nigeria today is not so much of a surprise for the discerning observer over the past forty or more years. What is most shocking is the impunity at the commanding heights of governance and the amnesia of the Nigerian population.

The incorporation of violence as a tool in the hands of government to remain in power through the glorification of banditry and beatification of terrorists in our fatherland is the final manifestation of a game of deceit which began in 2015.

The senate move to create an agency for the welfare of so-called repentant terrorist is a clear indication of the policy direction of this administration as it concerns insecurity of our father land. It is most unimaginable that our senate will contemplate establishing an agency to make life comfortable for ‘repentant’ boko haram terrorists irrespective of their wanton destruction of lives and property. This is in tandem with the effort to compare insurgent killers of innocent Nigerians to “Niger Delta Agitators” protesting the destruction of their economic environment and blatant marginalization of the “goose that lays our golden eggs”. In all of these, we have never heard the voice of labour.

Let’s take what has been referred to as “a week of disaster” in our beloved country, Nigeria. April 20th to April 24th; 6 people killed in Ekiti State on April 20th. 40 persons kidnapped at Greenfield University on April 21st. 18 people kidnapped on April 22nd in Oyo. 45 persons killed in Zamfara on April 22nd and 83 persons killed on April 23rd in Zamfara. 3 killed from Greenfield University, Kaduna kidnap case on April 24th. All these happened within a week and Nigerians still went about there duties as if nothing happened.

In the above cases and many more, we do not see or hear labour pressurizing the government and its relevant agencies to do something impactful to change this very bad security situation in the country. No strike to force government to act. No mobilization of citizens to self-defense in the face of failure of government to secure lives and property. We do not wish our country to fail, but when non state actors move around brazenly, killing innocent unarmed citizens without check, then it is time for the citizens to wake up and do something very drastic about governance and security of lives and property of our beloved country!

We have all been acting as if a spell has been cast upon us. The most ludicrous and unimaginable things are being spoken and meted out to us and we think nothing of it, do nothing about it! It’s as if we’re all in a collective transmogrified state. All the revelations of government insincerity, incompetence, inconsistency, executive complacence in the invasion of Nigeria by foreign Fulani herdsmen, Bandits and sundry Militants from across our borders without any encouraging deterrents being put in place, point to a deliberate devious plan.

Today, being May 1st, observed as workers Day worldwide, is a good time to reflect on the plight of Nigerian citizens in the face of current insecurity in our father land.

Labour, as we used to know it in Nigeria, reflecting and acting constantly in the interest of the Nigerian people and workers is no more. From all indications, Labour has failed the people. They have been coaxed by the Executive just like the NASS was coaxed into a rubber stamp. The people are now left to to fend for themselves even when the government has withdrawn firearms licenses from the people and they are faced with bandits, kidnappers and insurgents armed with very sophisticated weapons.

The spate of kidnapping, killings, insurgent attacks and general banditry across the country calls for serious concern and action. The Nigerian people must insist on the true creed of democracy and act to force there elected officials at all levels to represent their true interest, first of which is the security of their lives and properties.

Enough Of The National Security Mockery!!

Nigeria at 60: the problem with Nigeria