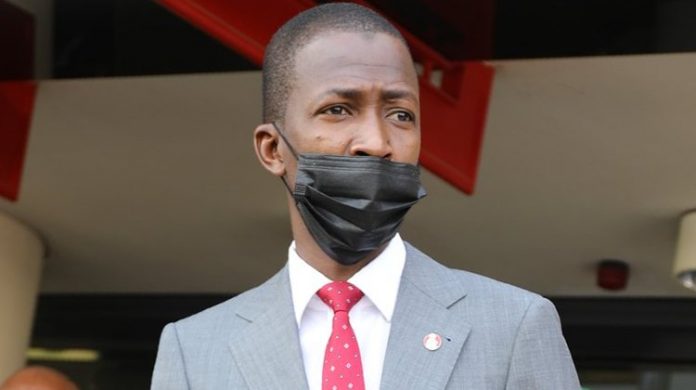 The trial of an oil marketer, Abubakar Ali Peters, and his company, Nadabo Energy Limited, for an alleged N1.4 billion fraud was stalled yesterday at an Ikeja High Court.

The counsel representing the defence refused to cross-examine the Chairman of the Economic and Financial Crimes Commission (EFCC), Abdulrasheed Bawa.

During the resumed proceedings, counsel to the defendant, Abbas Oyeyemi, told the trial judge, Justice Christopher Balogun, that the defence could not continue with the cross-examination of the star witness and Bawa, who is testifying as the prosecution’s fifth witness.

It was not clear why the lead defence counsel, Mr. E. O. Isiramen, was not in court yesterday.

Oyeyemi told the court that he held the brief of J. B. Daudu (SAN) and not that of Isiramen.

He explained that his inability to continue with the cross-examination of the EFCC star witness was because the defence did not have the Certified True Copy (CTC) of the court’s proceedings.

EFCC prosecuting counsel, Seidu Atteh, described the action of the defence as an attempt “to just frustrate the trial”.

According to him, the witness has been testifying before the court since June 3, 2015.

Atteh added: “There is no single document that the prosecution has not frontloaded and provided for the defence. Moreover, the defence counsel is supposed to have his own record.”

Justice Balogun held that the defendant, through Isiramen, had begun the cross-examination of the EFCC chairman on that day and that he was aware of yesterday’s date for continuation of cross-examination.

The judge adjourned the matter till today for continuation of hearing.

At the last sitting on December 20, 2021, Bawa, who was led in evidence by the prosecuting counsel, S. K. Atteh, had concluded his examination-in-chief.

Following the development, the court ordered Isiramen to begin the cross-examination of the defendant, which he did.