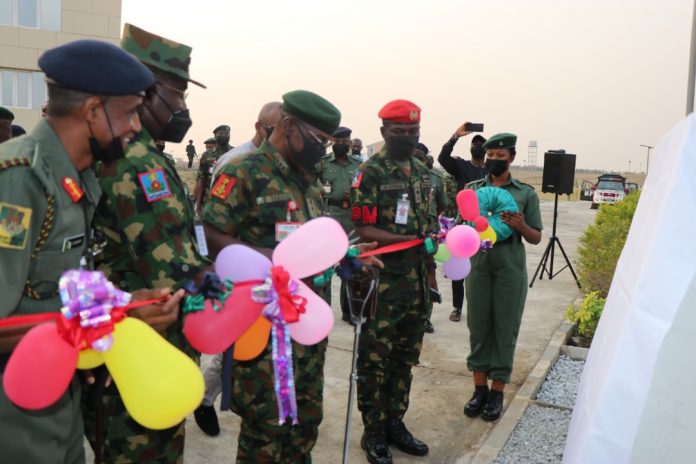 The Chief of Army Staff (COAS), Lieutenant General Faruk Yahaya has harped on the need for continuous capacity development amongst personnel of the Nigerian Army. He said this is necessary in line with his vision to adequately and timely confront the security challenges bedeviling the nation. 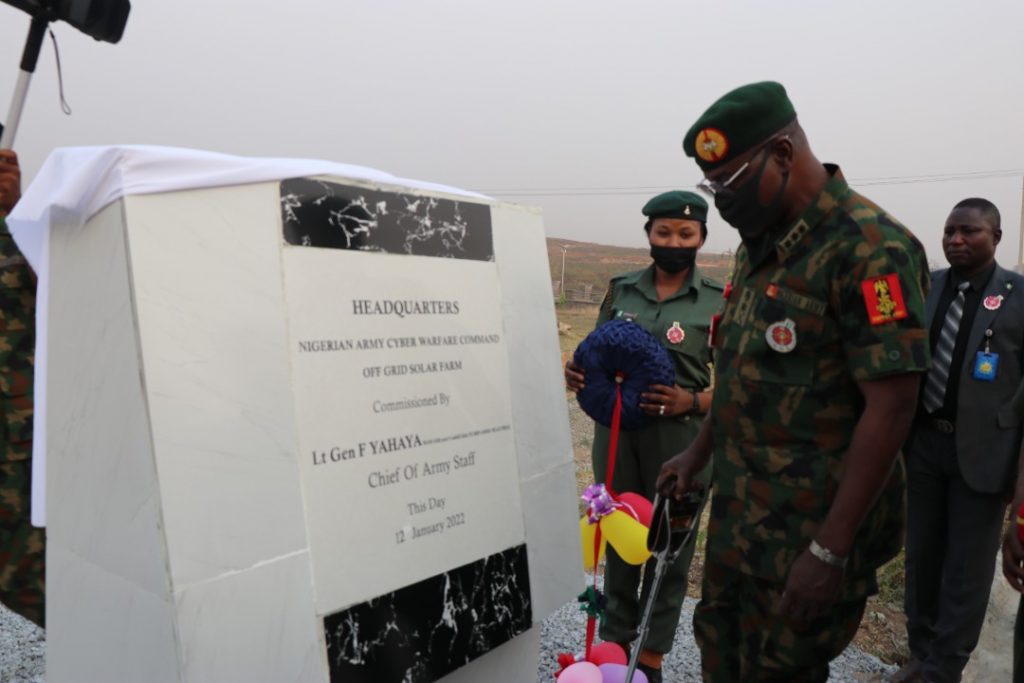 General Yahaya stated this yesterday, Wednesday 12 January, 2022, while commissioning the Nigerian Army Cyber Warfare Command (NACWC) Off Grid Solar Farm, during his maiden visit to the Command at Giri, Abuja. While noting that the adversaries have also extended their nefarious activities to the cyber domain, the COAS emphasized that for the Command to effectively achieve its mandate, there was need for alternative power source, hence the execution of the project. 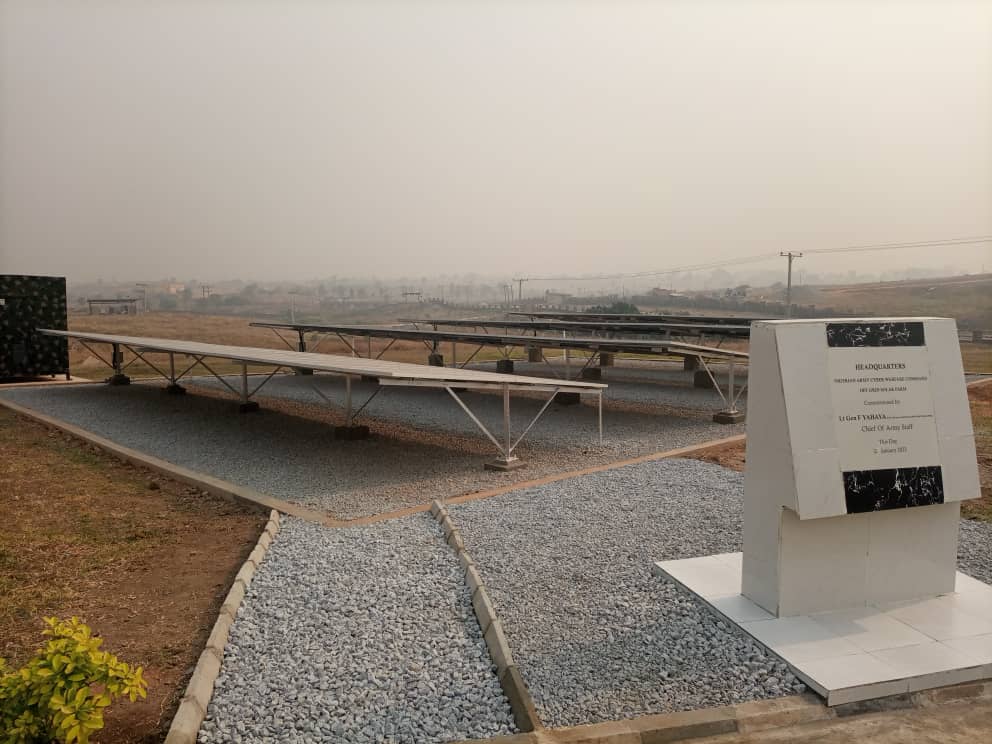 The COAS expressed satisfaction with the project and seized the opportunity to communicate with troops in the North East theatre of operations, through their Command and Control Centres. He commended them for their resilience and doggedness in the ongoing counter terrorism and counter insurgency operations. 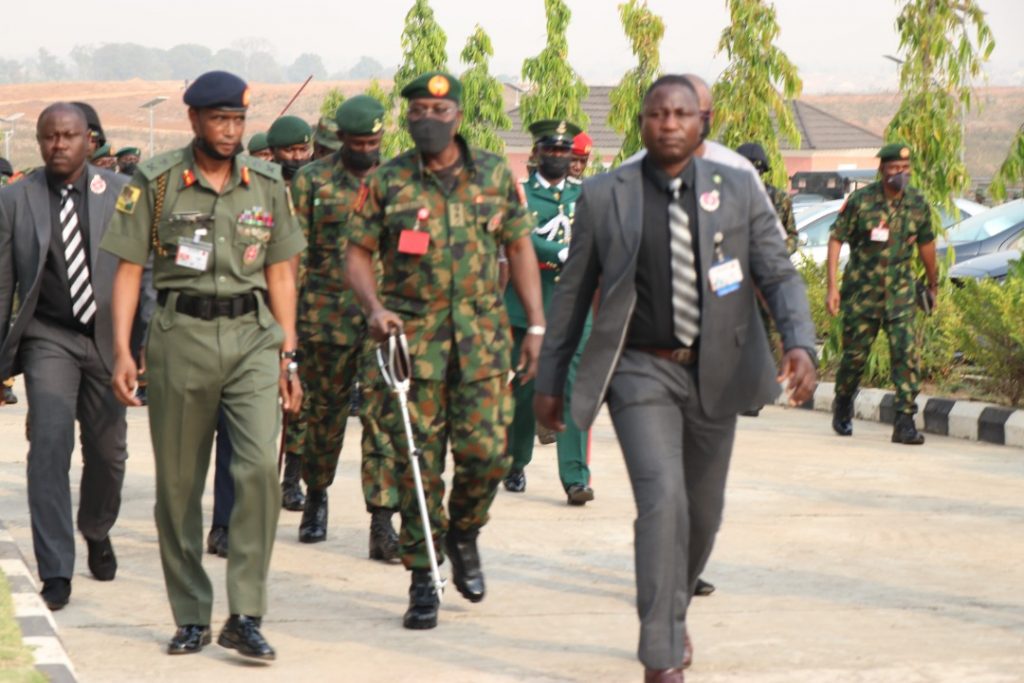 Earlier, Major General Abubakar Adamu expressed appreciation to the COAS for his support to the command, particularly for the timely provision of funds for the completion of the Solar Farm. This he said, has boosted the morale of the personnel and will further enhance the operational capability of the command.