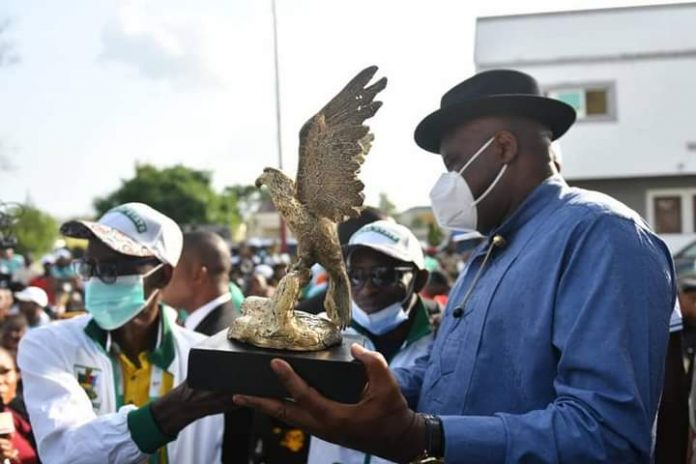 …We Surpassed Our Expectation – Igali

The Bayelsa State contingent to the just concluded National Sports Festival, Edo 2020, arrived Yenagoa on Thursday to a rousing welcome.

The state placed third at the end of the festival with 56 gold, 55 silver and 58 bronze medals, a feat it achieved for the first time in its history at the festival.

Receiving the contingent at the entrance of the Government House, Governor Douye Diri congratulated them for making the state and the Ijaw nation proud by their spectacular performance. 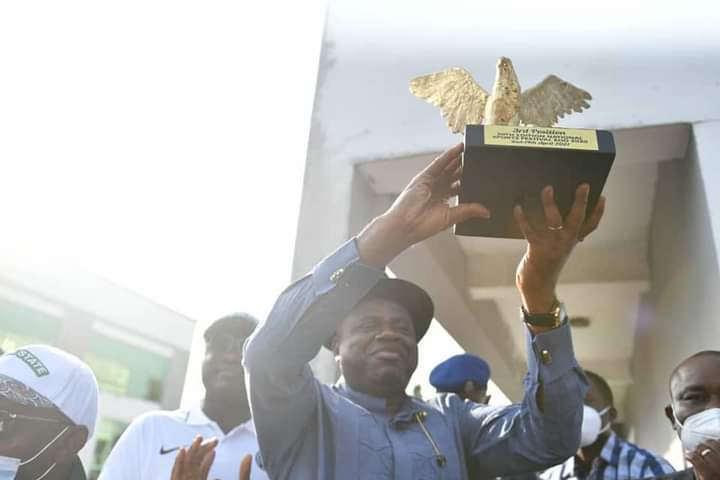 According to a statement by his Chief Press Secretary, Mr. Daniel Alabrah, the governor had to cut short one of his official engagements to receive the athletes.

He said it was heartwarming that they surpassed the previous fourth position record set in 2006 at the National Sports Festival in Abeokuta, Ogun State, when he was the Commissioner for Youth and Sports.

He urged the athletes to begin preparation for the next festival slated for Delta in 2022 and promised to give them the necessary support towards a better outing.

Diri described as inconsequential unverified claims about the state being denied some medals over the state of origin and nationality of some its athletes.

He said its indigenes represented the state at the festival as there was no iota of truth in such claims.

“Let me on behalf of the government and good people of Bayelsa State congratulate you. You have made not only yourselves proud, but you have also made Bayelsans and indeed the Ijaw race proud.

“This is just the beginning. By coming third, you were presented a trophy of an eaglet. What that tells you is that you have to go for the eagle next time. So, preparation for the next resumes from tomorrow. That is the only way you will break your record again by next year when you go for the national sports festival in Delta State.

“When you were about leaving, I gave you a charge. While I was Commissioner for Youth and Sports between 2006 and 2007, we had a record for the first time Bayelsa clinched the fourth position at the National Sports Festival in Abeokuta.

“My charge to you was to break that record. Today you have made me proud by breaking that record. In the history of Bayelsa, you have come home with a trophy from the National Sports Festival.

“We shall announce a date when your government will formally receive you. For now, welcome back and congratulations to the Commissioner, Daniel Igali, the Director of Sports, other officials, coaches and our great athletes.”

Presenting the 300 athletes as well as the officials, the Commissioner for Youth and Sports Development, Mr. Daniel Igali, said the state won gold in virtually every event it participated in.

According to Mr. Igali, Team Bayelsa surpassed the expectation of everyone, including his, that of the directors and management of the sports ministry.

He noted that one of the female athletes, Ifiezibe Gagbe, singlehandedly won 8 gold, 2 silver and 5 bronze, totaling 15 medals in swimming.

The Sports Commissioner, who presented the trophy won by the contingent to the governor, noted that the state was ready to surpass the feat in the next festival.

He thanked the governor for the massive support and motivation to the team before and during the games in Edo State.