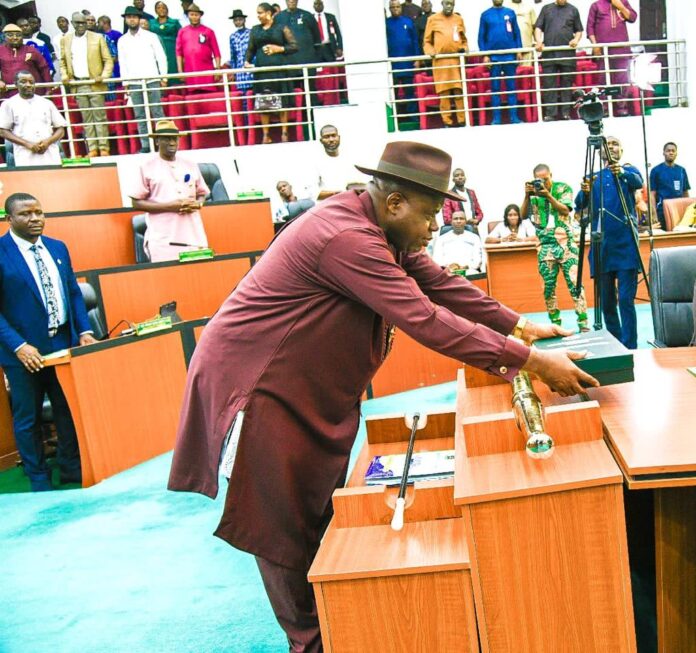 Bayelsa State Governor, Senator Douye Diri, on Monday, presented a N385,211,578,924 Appropriation Bill for the 2023 fiscal year to the House of Assembly for consideration.

Presenting the proposal tagged: “Budget of Sustainable Growth and Reconstruction,” at the assembly, Senator Diri said it was hinged on a six-pronged agenda, which include continuous building of infrastructure and reconstruction of such infrastructure that had been severely degraded by the floods. 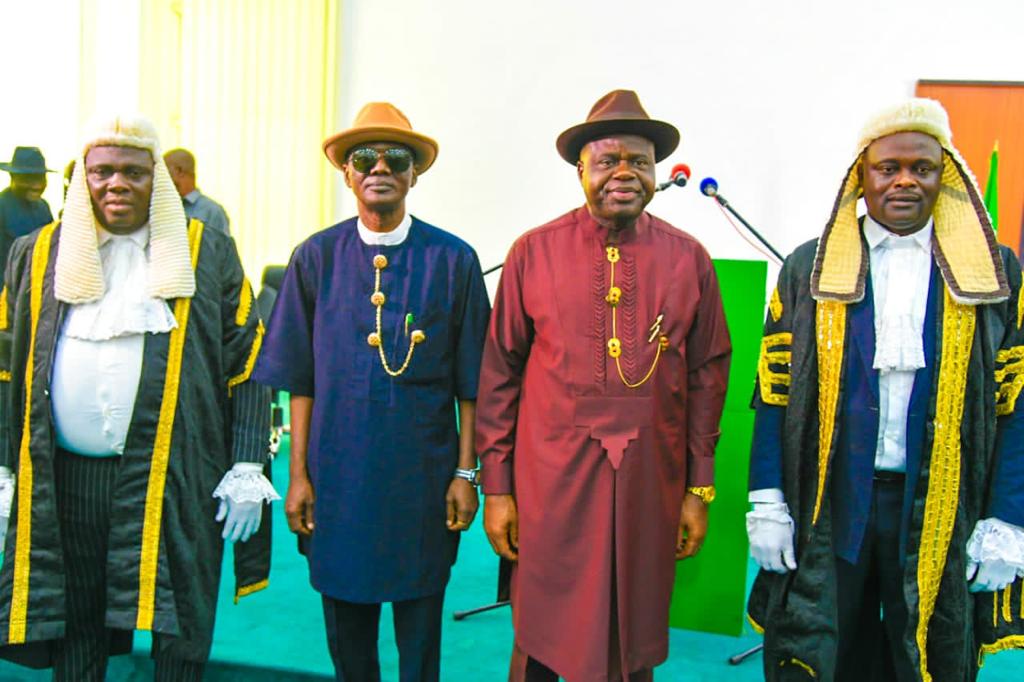 He also said the civil service would be made more professional as well as transform the agricultural sector to be an essential contributor to the state’s economy and generate employment through various empowerment programmes.

Senator Diri stated that while his administration continues to engage the federal government for intervention on the flood situation, a special Directorate for Flood and Erosion Control and Management would be established to provide technical support for flooding and erosion-related issues.

The governor further stated that the budget would be funded from various sources such as the monthly Federation Accounts Allocation Committee (FAAC) receipts to the tune of N153.511 billion, representing 40% of the total budget.

A sectoral breakdown indicated that the Ministry of Works and Infrastructure got the lion’s share of N77.924 billion, followed by Education Ministry N40.458 billion.

The Ministry of Agriculture and Natural Resources got N14.199 billion, Environment N13.842 billion while Health had N12.526 billion.

According to the governor, Lands and Housing Ministry would get N7.278 billion, Information, Orientation and Strategy N6.319 billion while Ministry of Transport N5.322 billion and N5.793 billion was earmarked for the Local Government and Community Development Ministry.

Youth and Sports Ministry was allotted N4.610 billion, Trade, Industry and Investment got N2.844 billion while the Ministry of Power got N2.5 billion.

Stating that the government had prudently implemented the 2022 budget and made noteworthy headway in executing several capital-intensive projects, he highlighted some of them to include the 22.2km Yenagoa-Oporoma-Ukubie road, which had been asphalted close to Angiama community, the bridge across the Silver River at Aguobiri community that is about 90% completed, while work on the Angiama-Oporoma bridge was ongoing and being adequately funded.

According to him, the continuation of the 42km stretch of the Sagbama-Ekeremor road, which asphalting had reached Aleibiri in Ekeremor Local Government Area, is scheduled to be completed within the first quarter of 2023.

“Work is also progressing on one lane and median of the 21km Igbogene-AIT/Elebele Outer Ring road while two sections of the road, Igbogene to Okarki and Imiringi to Elebele roundabout, have been completed. Work is ongoing on the two remaining sections of the lane,” he said.

Diri noted that construction of the Nembe-Brass Road, conceived over seven decades ago, was ongoing, stating that the first phase of the road covers 21km with 10 bridges and had a completion timeline of 24 months.

Responding to the governor’s presentation, Speaker of the 6th State House of Assembly, Mr. Abraham Ingobere, described it as historic being the last of the Prosperity Government’s first tenure and the last the present crop of lawmakers would attend to before next year’s election.

Mr. Ingobere assured that the assembly under his watch will prioritise the appropriation bill and ensure deliberation on it was completed before the end of the year.

The Speaker said the legislators will do due diligence to the bill and would perform their oversight functions in ensuring that all projects and programmes captured in it are implemented and completed.

Ingobere, however, drew the governor’s attention to what he described as revenue leakages in the state IGR and advised that the financial team synergises to block such loopholes in the revenue generating agencies that he said were not remitting levies to the state coffers.