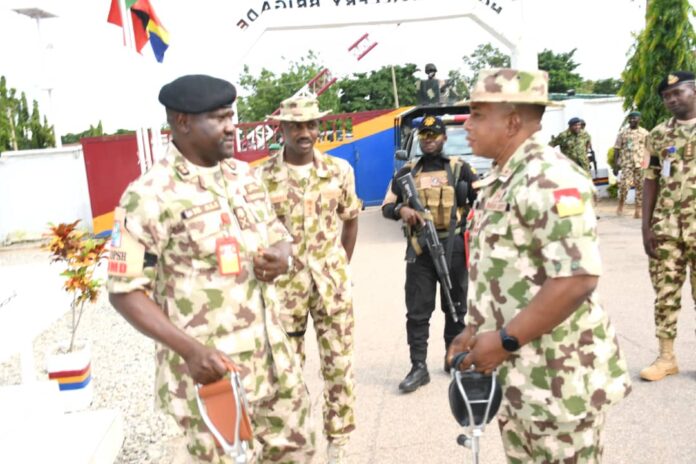 The General Officer Commanding (GOC) 3 Division Nigerian Army and Commander Operation SAFE HAVEN (OPSH), Major General Ibrahim Ali has visited troops affected by an unfortunate fire incidence in 301 Artillery Regiment Barracks, Gombe. The GOC who regretted the unfortunate fire incidence, condoled the troops over their losses and made donation to immediately cushion the effect of the fire disaster. 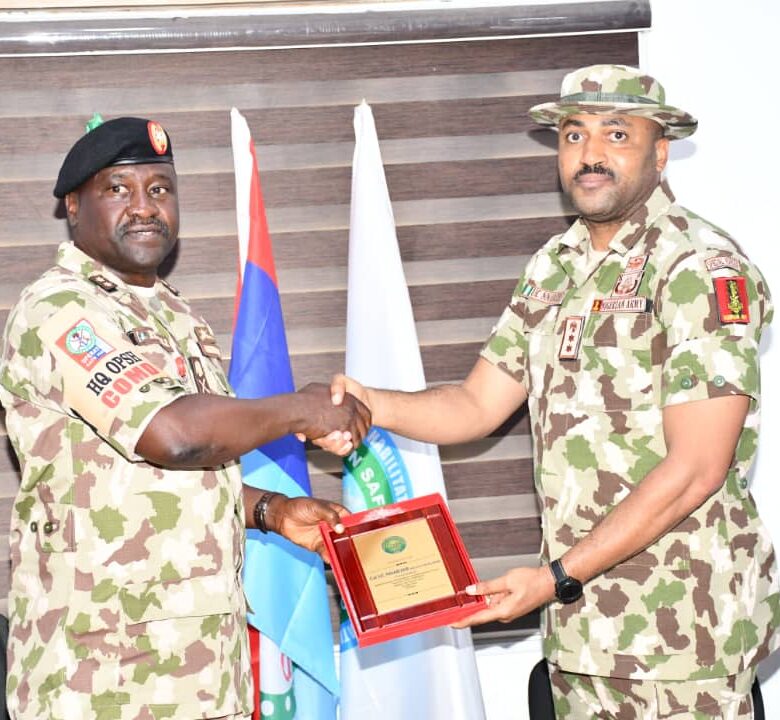 Speaking to some of the soldiers affected by the disaster, the GOC noted that the incident was unfortunate. He however commended the troops and their families for evacuating their building in a timely manner thereby averting the loss of life. He assured them of his support by relocating their families to a befitting accommodation. 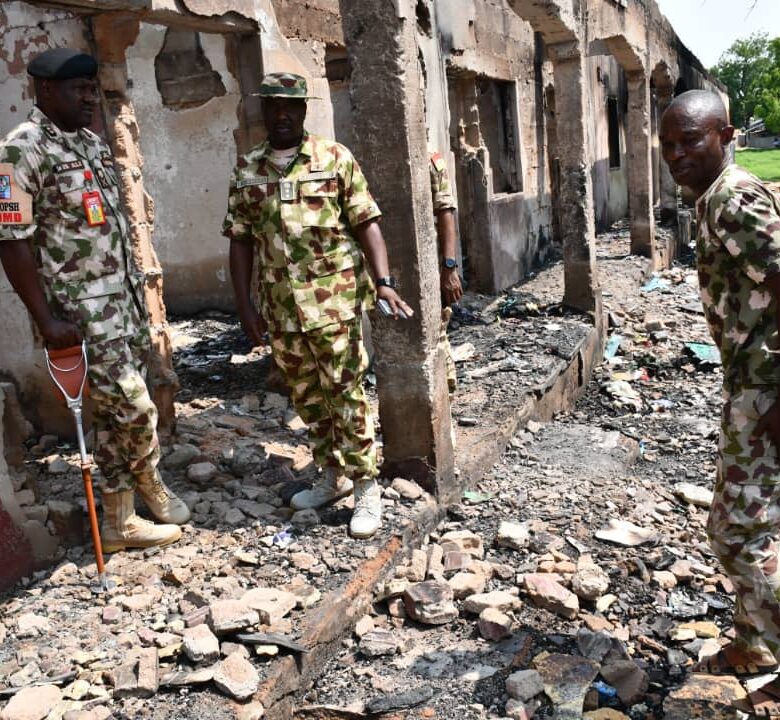 Responding, the Commander 301 Artillery Regiment, General Support Gombe, Colonel John Mbanefo thanked the GOC for the visit. He said the support to the soldiers will rekindle the confidence of the troops and their dependants in the ability of the Nigerian Army to meet their welfare needs.

In a related development, the GOC visited Operation SAFE CORRIDOR, Deradicalization, Rehabilitation and Reintegration Camp Mallam – Sidi, Gombe state where he was briefed on the activities of the Camp by the Commandant, Col UC Nnabuihe. 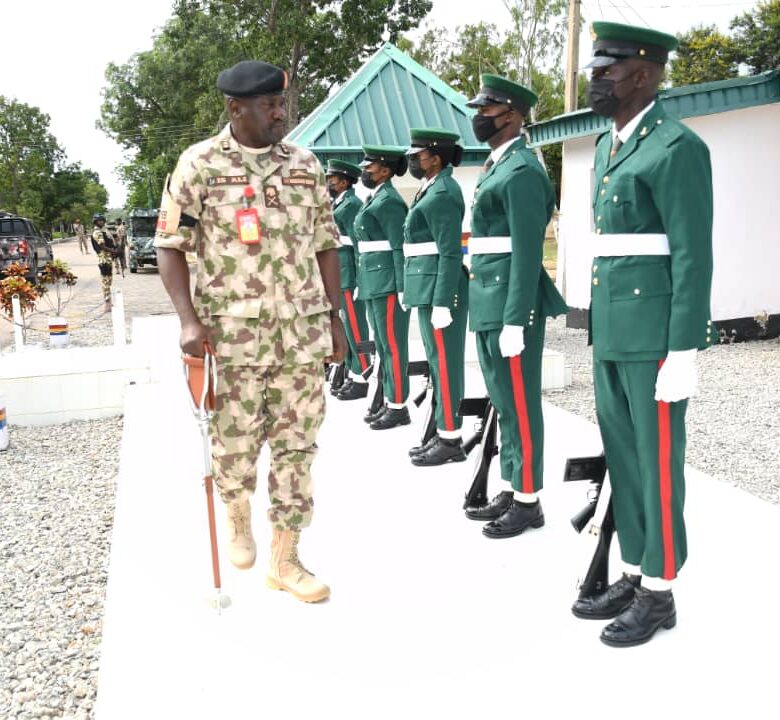 General Ali while addressing the troops, expressed his happiness with the hardworking and disciplined soldiers. He promised to reward gallantry and outstanding performance of the troops. He charged them to be committed to their duty and exhibit professionalism always. “I charge you to effectively use your weapons on the enemies of the country” he added. 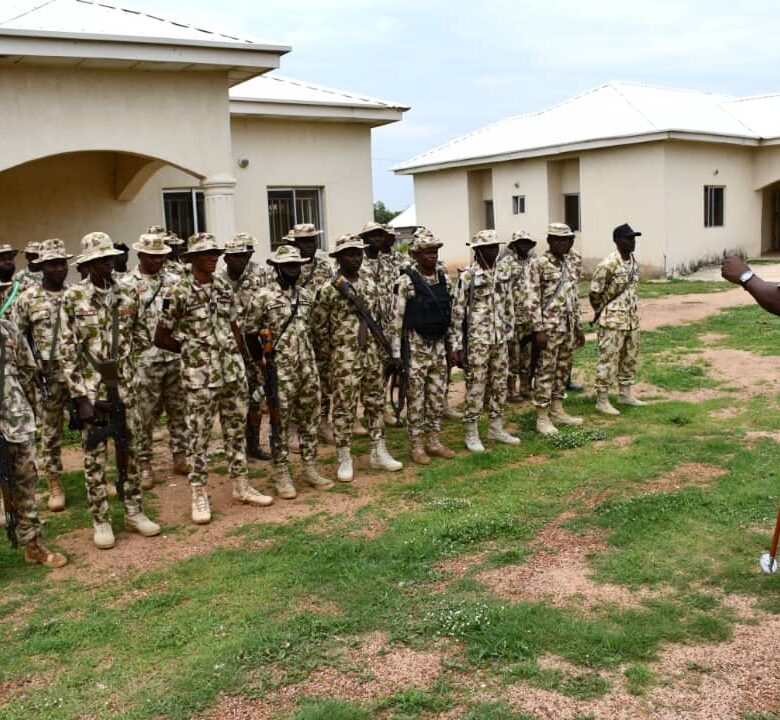 Major General Ibrahim Ali also visited 33 Artillery Brigade, Bauchi where he was briefed by the Commander, Brigadier General JO Adeyemo. The GOC expressed his happiness with the level of ongoing remodeling of soldiers accommodation and inspected the site of the proposed new Brigade Headquarters. 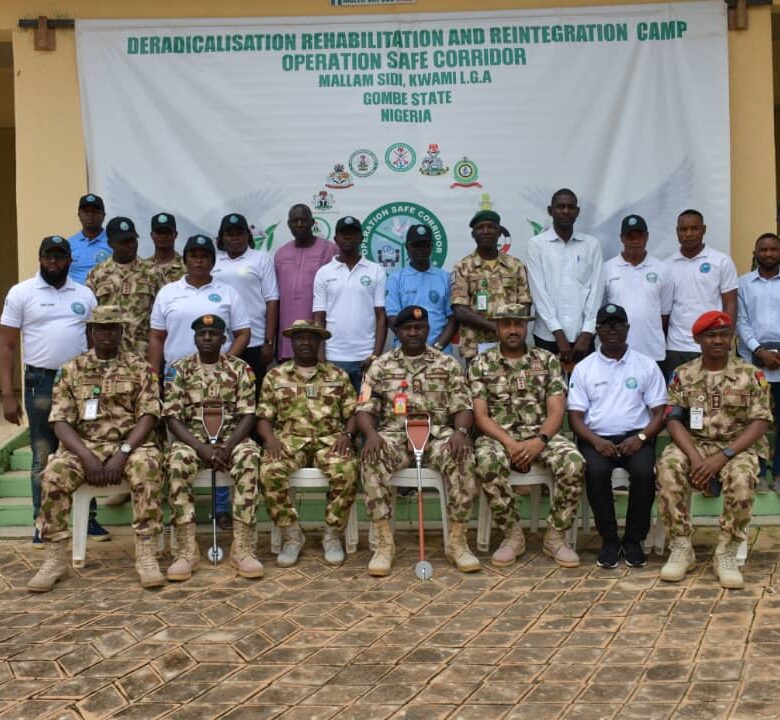 You are please requested to disseminate this information through your medium. Thank you for your usual cooperation .