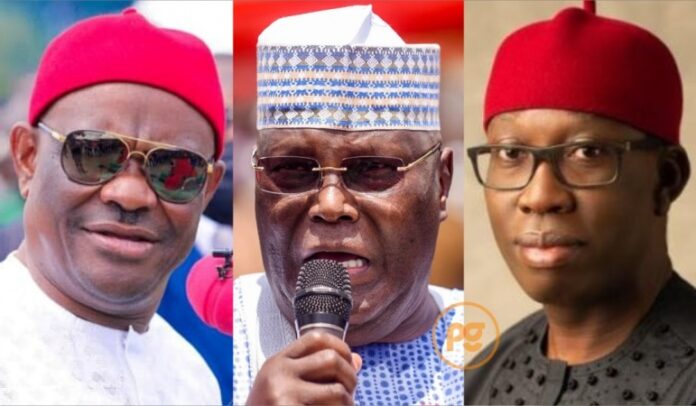 …No party fighting itself can win election, says Wike

Ahead of the rescheduled reconciliation meeting between the Peoples Democratic Party presidential candidate and former vice president, Atiku Abubakar and the Rivers State Governor, Nyesome Wike’s camps on Friday, there are strong indications the governor’s camp has soft-pedaled on its insistence on resignation of the national chairman, Iyorchia Ayu.

This is as the Abubakar Atiku campaign machinery is reportedly considering “a crucial and key role” for the outspoken governor.

“The political relevance of Governor Wike cannot be wished away. He has both the reach and clout to help reverse the fortunes of the PDP from an opposition party to a ruling party in the 2023 presidential election. Not only is he relevant, he’s also a loyal party member. Both the party and Atiku are aware of that. I can assure you that Wike will help drive the party to victory,” a party chieftain told Daily Sun, last night.

Cracks in the PDP widened after Atiku ignored Wike, who came second at the presidential primary and announced Delta State Governor Ifeanyi Okowa as his running mate.