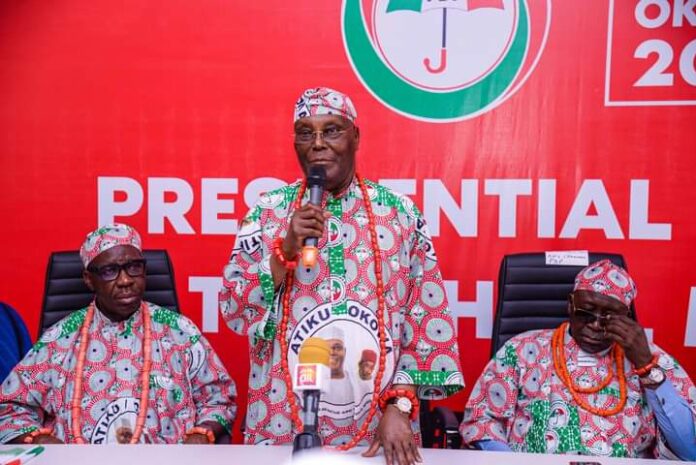 The Peoples Democratic Party (PDP) Presidential Campaign Organization ((PCD) has expressed appreciation to the Edo State Chapter of the party for the magnificent reception and support extended to the presidential candidate, His Excellency Atiku Abubakar (GCON), his running mate, Dr. Ifeanyi Okowa as well as other leaders and members of the party during the PDP rally and presidential campaign in Benin City, the Edo State capital on October 22, 2022.

The appreciation was conveyed in a letter signed by the Director-General of the 2023 Presidential Campaign Organization (PCO), His Excellency, Rt. Hon. Aminu Waziri Tambuwal, and addressed to the State Chairman of the PDP, Anthony Aziegbemi.

The Appreciation letter read: “I wish to convey to you and our teeming party members in Edo State the deep appreciation of our Presidential Candidate, H.E. Atiku Abubakar GCON, the Vice-Presidential candidate, HE Dr, Ifeanyi Okowa and members of the National Campaign Management Committee for the magnificent reception and support extended to all our party leaders and members that attended the rally of the Peoples Democratic Party Presidential campaign in Benin City, Edo State.”

Tambuwal added: “The tumultuous turnout of our members during the rally was a clear demonstration of your efforts, the party hierarchy, and our teaming members in the state.

Please accept on behalf of our presidential candidate, assurances of my esteem regard.”