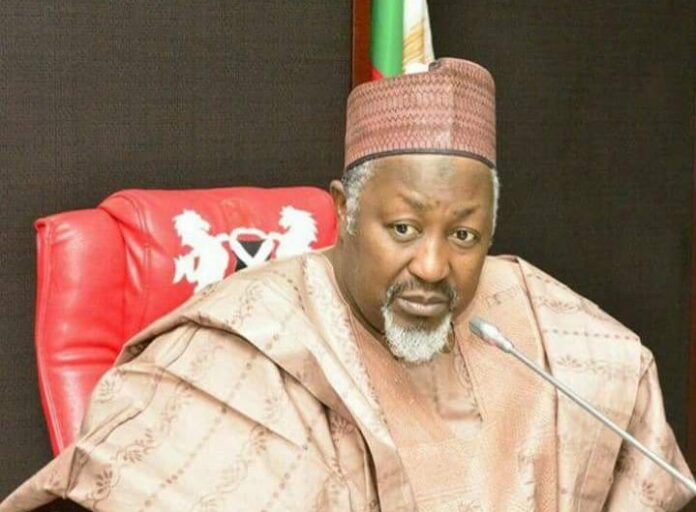 Gov. Muhammad Abubakar of Jigawa has promised to support the new leadership of the National Association of Nigerian Students (NANS).

Abubakar also said his colleague state governors were working with the Federal Government to pay members of the Academic Staff Union of Universities (ASUU) their backlog of salaries.

He said that the governors were considering using legal ways to resolve ASUU challenges so that academic activities could go on smoothly in the nation’s universities.

He congratulated the incumbent president of NANS, Usman Barambu and his executives for a well- deserved victory and called on them to leverage on the successes of their predecessors.

He promised to support the association by improving their welfare for the betterment of Nigerian students.

”So, we are looking at legal ways to finalise the salary payment. I assure you that together with all the 36 governors we will support you and make sure things improve for the betterment of the students.

” I will be with you in difficult times, I will guide you, I will support you and I will open other doors for you and do our best to see to the elevation of this association which will remain the solid foundation for development,” he said.

Abubakar commended the past president, Sunday Asefon, for his leadership role in unifying the association while calling on the new president to build on his successes.

Meanwhile, the president of the association, Usman Barambu promised to ensure the strengthening of students toward having enough leadership skills.

Barambu also gave the assurance of an inclusive government saying that the interest of students would continue to be given priority throughout his tenure.

”What I have today is a responsibility, to lead and build on what my predecessors have done, and I have accepted it with a pledge to further pursue the course of Nigerian students in general with full commitment to greater height.

”With level of support and solidarity I was obliged from students, senior comrades and stakeholders not only in my emergence as the leader of the new executives but in making our inauguration a huge success.

“I have no option but to declare my allegiance and absolute commitment without compromise to the yearnings, aspirations, interest and vision of our students.

” It is in this light that I accept the challenges of leadership and with our collective effort, and we will take our dear organisation back to its past and lost glories,” he said.

He, therefore, announced some members of his cabinet as he pilots the affairs of the association.

He listed Usman Ayuba as his Chief of Staff, Jonah Danladi as his Director- General, Administration and Finance and Pedro Obi as the Chairman of his Advisory Council.

Also, the Chairman of the Natives and Promotion of Peace among NANS, Olalekan Smart, thanked the stakeholders for their roles in resolving the rift in the association by ensuring that NANS did not go astray.

He said that all dispute resolution mechanism were triggered and to the glory of God, all aggrieved parties were brought to the table and a new cause was championed.

He said the association was committed to running an all-inclusive government of NANS where the total welfare and well-being of every Nigerian student both at home and in the diaspora would be of paramount interest.

Highlights of the event was the taking of oath of office by the president and other executives of the association. (NAN)