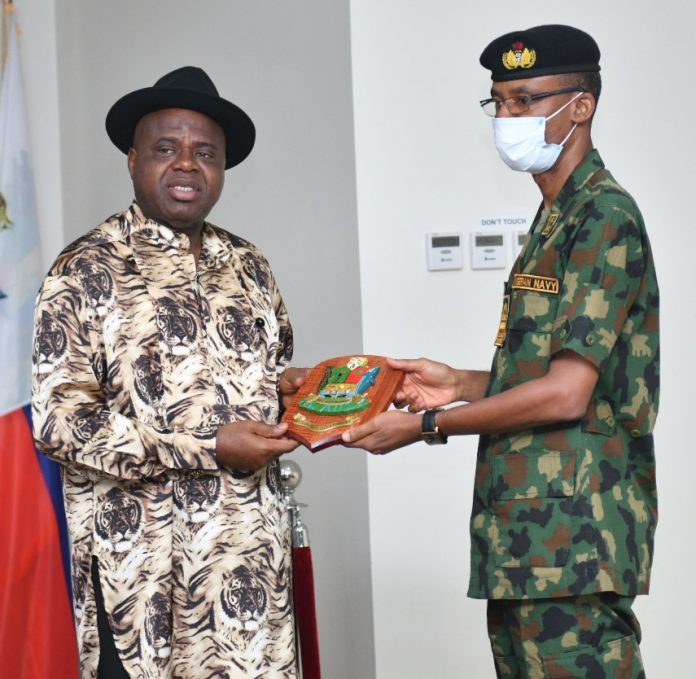 Bayelsa State Governor, Senator Douye Diri, has cautioned against the politicisation of security issues, saying it is inimical to the corporate existence of any country.

Senator Diri stated this on Tuesday when he received the new Flag Officer Commanding, Central Naval Command, Rear Admiral Obi Egbuchulam and other senior officers of the Nigerian Navy in Government House, Yenagoa.

The governor in a press release issued by his Chief Press Secretary, Mr Daniel Alabrah, emphasised that criminals should be treated as such in order to achieve peace, stability and development in the country.

He said: “What we are witnessing in the country today is part of the over-politicisation of security and other issues over the years. We are all feeling the heat. It did not start with the present administration.

“For us in Bayelsa, a criminal remains a criminal regardless of his political party. No matter the political colouration, we have all agreed to fight crime in this state.”

Describing Bayelsa as one of the most peaceful in the country, Senator Diri acknowledged that the existing peace in the state was as a result of the collaboration of the people, the state government and all security agencies in fighting crime and criminality.

“Our people are fast moving away from militancy to meaningful engagement and that is why the state is peaceful. That does not mean there are no vestiges of crime. There is no society where security is perfect.”

The governor urged the Nigerian Navy to take advantage of the resources that abound in Bayelsa as a maritime state located close to the Atlantic Ocean.

He also appealed for more employment opportunities for citizens of the state into the Nigerian Navy.

“I like to use this medium to appeal to you to continue this relationship with Bayelsa State in terms of providing more employment for our citizens both junior and senior officers. Ensure that our numbers are not depleted in the Nigerian Navy.”

He called on the people to continue to support the government in maintaining law and order and always employ dialogue in resolving disputes.

In his remarks, the new Flag Officer Commanding, Central Naval Command, Rear Admiral Obi Egbuchulam, expressed gratitude to Senator Diri for the tremendous support to the command and other security agencies to function effectively in the state. 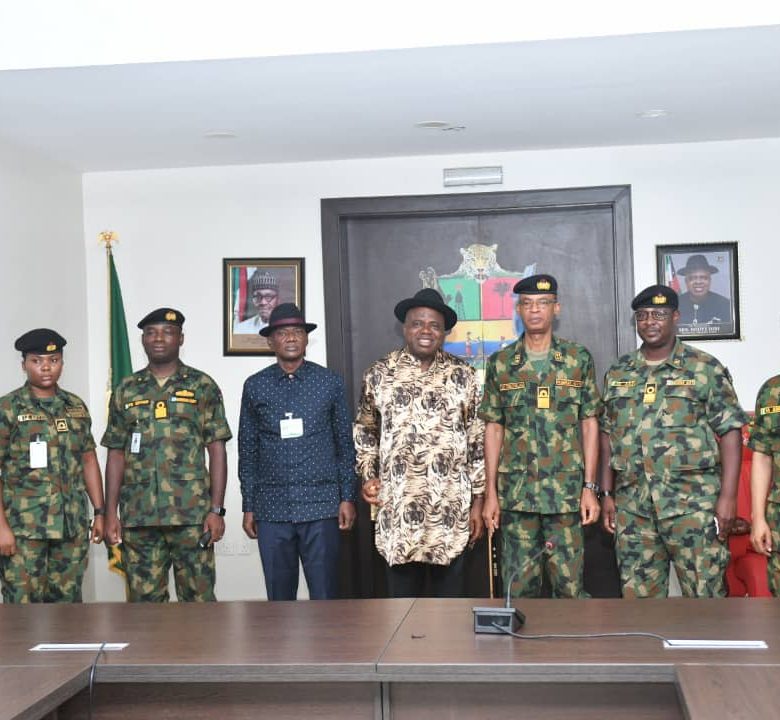 Rear Admiral Egbuchulam particularly thanked the state government for the donation of land to enable the command build its permanent operational base, NNS Soroh, and other infrastructure in the state.

He solicited the cooperation of the government and people of the state towards sustaining the cordial relationship and to enhance peace and security.

The FOC, who also described Bayelsa as home to the Navy with some of their personnel from the state, added that his area of responsibility covers Delta, Imo, Anambra and Kogi states.

The FOC was Director, Communication and Information, Abuja, before his new posting.