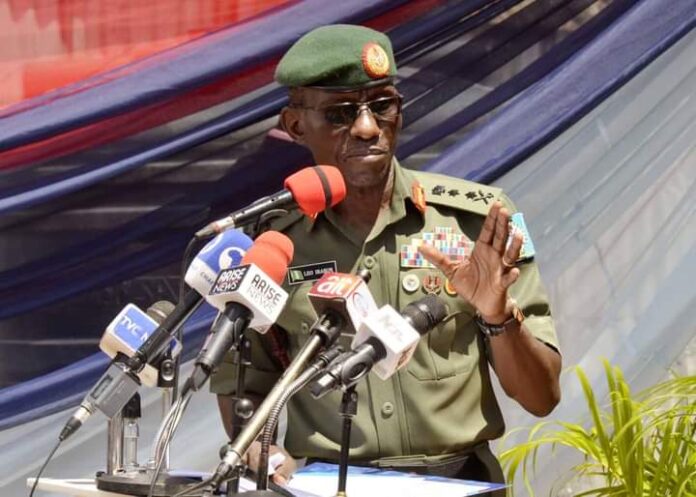 Chief of Defence Staff, Gen. Lucky Irabor on Tuesday announced that the Nigerian defence and security forces have arrested the four perpetrators of the Sunday June 5, 2022 massacre of 42 worshippers at St. Francis Catholic Church in Owo, Ondo State.

The CDS also added that the military, in conjunction with the security agencies have arrested 32-year-old Idris Ojo at Aiyetor, Ondo State alongside 39-year-old Jimoh Ibrahim on August 7, 2022. Idris Ojo, he said, was an Islamic State in West Africa Province (ISWAP) terrorist who escaped from the Kuje prison during the July 5 attack, adding that they were planning “deadly attacks before they were arrested.

General Irabor said the suspects would be paraded after the conclusion of investigation.

Stating that the military has also neutralised many terrorists and bandits terrorising the country, Irabor said: “Let me bring it to your notice that within the last time we met, there have been ignoble actions of men of the underworld that have impinged on our collective well-being, namely the unfortunate train attack, the attack on Kuje correctional centre as well as the attack on the presidential convoy.

“Also, the Owo incident which was intended to bring men and women of the armed forces to present them in a form and shape that make it to look as if the nation is on a siege. We have arrested those behind the dastardly act in Owo.”