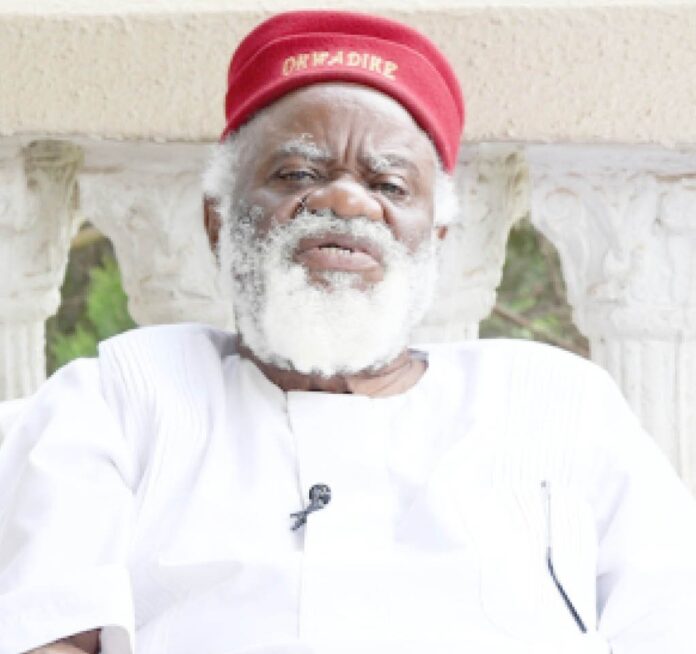 Ezeife revealed the real reason why Igbo leaders are not endorsing Peter Obi’s presidency yet.

He spoke while replying to a question during an interview with Punch demanding the reason no prominent Igbo politician from either the All Progressives Congress (APC) or the Peoples Democratic Party (PDP) have openly endorsed Obi.

Declaring his undivided loyalty to the candidacy of the LP flag bearer, Ezeife opined that the reason for this is because the politicians do not want Nigerians to consider Obi an Igbo project alone.

He alleged that some politicians are planting unbecoming thoughts in the minds of those in villages with the aim of making them believe that there is something wrong with Igbos hence the reason for the silence from politicians of Igbo descent.

His words, ”They are not shy about coming out, but, as you know, there are problems. Some people, especially in the North, don’t understand us, the Igbo.

“Some of the politicians are planting ideas in the minds of village people that the Igbo has something wrong with them. So if you don’t find the Igbo who are ministers, senators, House of Representatives members, and so on, saying Peter Obi is their man, it is because they don’t want the rest of Nigeria, to consider Peter Obi an Igbo project. We don’t want the rest of the nation to think that Obi is the only Igbo candidate and Igbo alone. That is not it; but if you want us to say it soon, we will.

“We will say that our candidate is Peter Obi, and anybody who knows anything, should join in prayers to God because the hand of God is on Peter Obi. The hands of God are on the Nigerian youths who are teaching us how to make Nigeria a new country.”