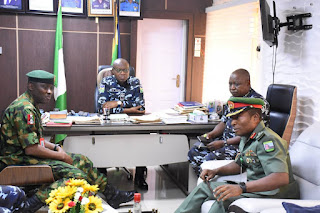 The Nigerian Army has sent a delegation to the to the Commissioner of Police, Lagos State Command, CP Abiodun Alabi, over the unfortunate death of a Police Inspector during an altercation with some soldiers at Ojo in Lagos. 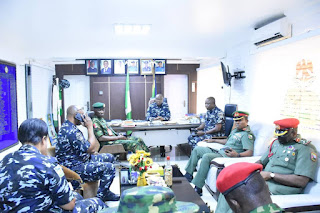 The 81 Division of the Nigerian Army had today announced that the Division has instituted a Board of Inquiry to unravel the circumstance surrounding the unfortunate incident that occurred between some soldiers and policemen around Ojo in Lagos resulting in the loss of the life of a police officer.

Reports say the soldiers, who were on a bus, reportedly got stuck in traffic around the Trade Fair area of the Lagos Badagry Expressway.

When they realised that the traffic was caused by officers attempting to make a way for a truck driver to link the Expressway, the soldiers came down from the bus and confronted the policemen.

This resulted in a heated argument with the soldiers reportedly taking some of the police officers to the barracks where they beat and tortured one of them to death.