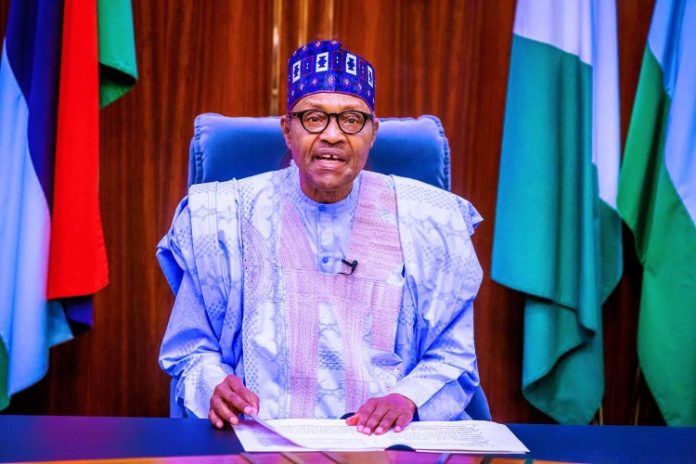 President Muhammadu Buhari, has assured government’s commitment to safety of schools to protect investments in the education sector.
Buhari gave the assurance in his address at the opening ceremony of the fourth International Conference on Safe School Declaration (SSD) in Abuja on Tuesday.

The theme of the conference is: “Ensuring Safe Education for All”. Buhari, represented by the Chief of Staff, Prof. Ibrahim Gambari, said that the maiden conference being held on the Africa continent, would provide great opportunity to share good practices in protecting education from attack.

According to him, Nigeria has been able to systematically develop strategies and mechanisms to protect education with the help of the SSD framework. He noted that the developed and approved policy on Safety, Security and Violence-Free Schools would serve as a response document to the needs of children and the violence that affected them in and around schools.

He said that government had identified and put mechanisms in place to address all kinds of hazards that affected the wellbeing of learners, teachers, school users and the school community to ensure their safety and security.

“The developed minimum standards for safe schools will communicate the mechanisms to be put in place by all schools to address all kinds of hazards and violence for the continuation of schooling at all times.

“Also, the developed SSD trainer’s guide and participants’ manuals are currently being used for the training of the security agencies and human rights organisations on the protection of education.

” In recent times, all over the world, there has been a myriad of persistent attacks on education and Nigeria is also having its own fair share of attacks.
“The incessant attacks on the country’s education system such as kidnapping, abduction of pupils and students; increased activities of insurgence and general insecurity in our schools have exacerbated many factors responsible for the growing number of Out-of-School Children,” he said
The President expressed worry over disheartening abduction of students, saying that even after their released, the trauma of the incidences remained long in their minds.

He, therefore, called for training for teachers on psycho-social support. “You may wish to know that the first known abduction of school children in Nigeria took place in 2014, when 276 girls were taken from the Government Secondary School Chibok, Borno, north-east Nigeria.

”Since then, attacks on schools and abductions of students have grown in number and spread across the northern part of the country.

“The highest number of abduction in a single kidnap (327 learners) was recorded in Zamfara while Kaduna has experienced the greatest number of incidences of attack on education.
“Out of 19 educational institutions attacked, 12 representing 63 per cent were secondary schools while five which represented 26 per cent were within the tertiary educational system.

“The Nigerian Government is highly committed to prioritising safety in schools to protect investments in the education sector which will validate the endorsement of the safe schools declaration,” he said.

Buhari also reaffirmed that government had the primary responsibility of protecting and ensuring inclusive and equitable quality education at all levels for all learners, especially those in vulnerable situations.

He reiterated that the conference would go a long way to showcasing the country’s achievements with the support of Education in Emergencies Working Group (EiEWGN) and the relevant Civil Society Organisations (CSOs) in Nigeria.

He further said that all the relevant stakeholders would continue to work for the promotion of the objectives of the conference, to end attacks on education and to ensure a safe and enabling learning environment.

The Minister of Education, Malam Adamu Adamu, in his address of welcome said that the SSD was championed by Norway and Argentina through a consultative process that paved way for calls for its endorsement.

Adamu, represented by the Minister of State for Education, Mr Chukwuemeka Nwajuiba, said that the objective of the conference was to build on past experiences, highlight progress made by respective countries on the implementation of the declaration’s commitments and share best practices.

“As you are aware, most countries of the world are facing the challenges of attacks on their educational systems and Nigeria is not spared of this global menace“. In Nigeria, it started in the North East, in Borno state to be precise but gradually it continued to spread to Yobe, Zamfara, Kaduna, Plateau, Bauchi and Katsina, with minor infiltrations to other states in the federation.

“It is utmost belief that in the course of the conference, Nigeria will be able to leverage on the best practices in implementing the SSD“. See how new opportunities of collaborations can be utilised to set up preventive measures and provide response mechanisms capable of having devastating effect on education if not checked,” he added.