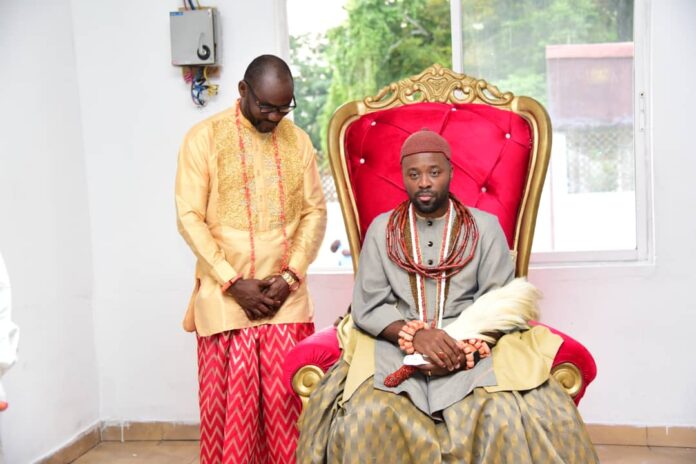 Iwere nation, Warri South Local Government Council Area of Delta State took a stance today as the Olu of Warri Kingdom, His Majesty Ogiame Atuwatse III, Commander of The Federal Republic CFR received and gave his blessings to the Candidate of the Delta South Senatorial District of the New Nigerian People’s Party, NNPP Commodore Omatseye Nesiama and two other candidates that accompanied him to Ode-Itsekiri, the ancestral home of the Itsekiri people ahead of the 2023 forthcoming general elections in the Country.

His Majesty prayed, gave blessings and unprecedented Privilege to Commodore Nesiama and two others who paid him a courtesy call at his Palace in Ode-Itsekiri, also known as “Big Warri”.

According to the reverred monarch who said that, “l have received many politicians at my Palace in Warri, but this is a new precedence receiving the Commodore of Hope at the traditional Palace in Ode-Itsekiri. His Majesty Ogiame Atuwatse III also said, “there could be something significant about the precedence set. ” You’re the first politician to be attended to at Ode-Itsekiri, the ancestral home of the Itsekiri. We’ve usually received other candidates in Warri. There’s something here but whatever good there is, may it get to you.”

The King prayed that the people of Delta South Senatorial District should receive the message of hope which the former Deputy Director, Naval Intelligence is preaching to change the narratives.

On his part earlier, Commodore Nesiama expressed delight being received at the palace in Ode-Itsekiri.

In his words, “I am also delighted to have been received in the palace, the ancestral home of our people. I count it a great privilege. Very lucky also. I stand to be corrected that I’m the very first candidate of a political party to be received in this palace in Ode-Itsekiri.

Commodore Nesiama said that he was not at the palace to malign his opponents or anybody because he has based his consultations and campaigns on issues by preaching his message of hope and possibility for things to change and things have just got to change.

Commodore Nesiama said he had gotten great measures of endorsements during his consultations amongst the ljaws, the lsokos, the Itsekiris, the Urhobos, the other settlers in constituencies making up the Delta South Senatorial district.

“According to Brutus in the play Julius Caesar by Shakespeare, he said and I quote. “There is a tide in the affairs of men which when taken at the flood leads to fortune”. The tide is flooding now. The Itsekiri people are at the helm. Others are waiting for the move we’ll make to establish the direction to go. We must take advantage of this flood tide. If we miss the tide and decide to go with the ebb, it will be very challenging and Providence will not forgive us.”

Commodore Nesiama said there will be no forgiveness if the people elect persons who are not qualified and capable of speaking and without integrity and pedigree as their representatives.

He said people will not respect them if such representative cannot make his/her points correctly even when things are written for them to present.

“And if we get it wrong there is no forgiveness at the national level we will pay dearly for it for the next four years and probably more. So, I am here to respectfully request to our people to give good consideration to whoever is going to represent us at the national level and at the state house of assembly. There should be no sentiment here, because whatever step we take wrong now will affect us for a very long time.

“Today we have a King Ogiame Atuwatse lll, who himself has brought quality to royalty . We deserve to have quality also brought into legislation. If we have a non-complimentive legislative representative, the work done so far by our Father may amount to naught. I pray it doesn’t go that direction. 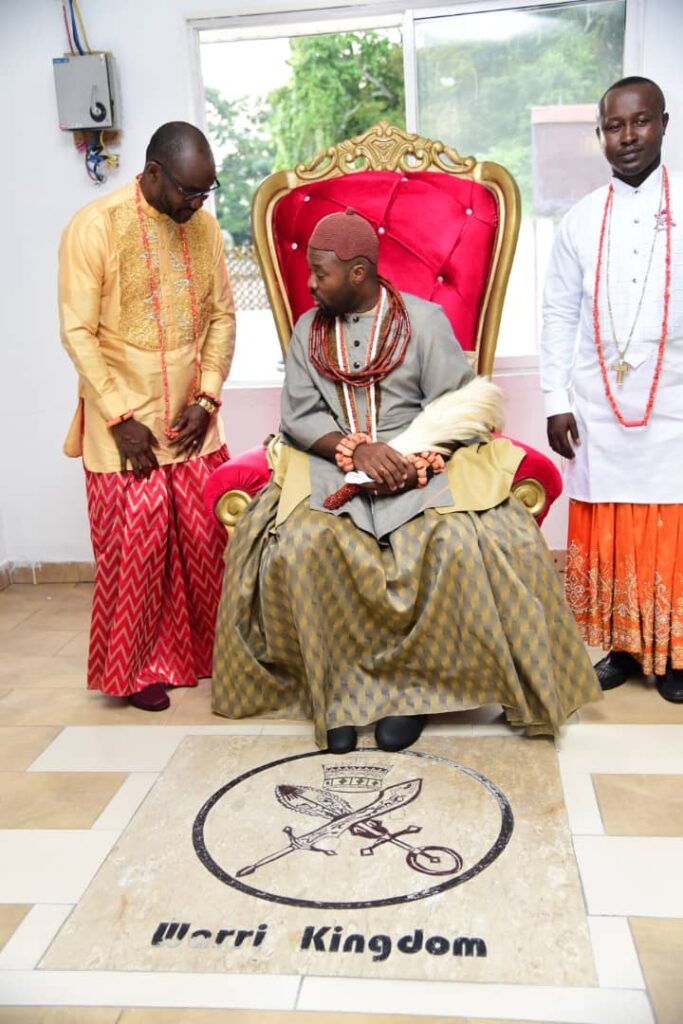 “We need someone who will stand at the legislative chambers and speak and we will be proud of that such a person is representing us. We need someone when he is speaking that we will be glad that we ever contributed to the person’s emergence. God forbid that someone emerges and our contributions are not evidently seen in it. That would be disastrous. I pray it doesn’t get to that level.

Also Speaking shortly after the invent, the Senatorial Candidate, Commodore of Hope, when ask if he considered the reception as an endorsement, he said, “it should be left to anybody’s  imagination” Omatseye Nesiama added.