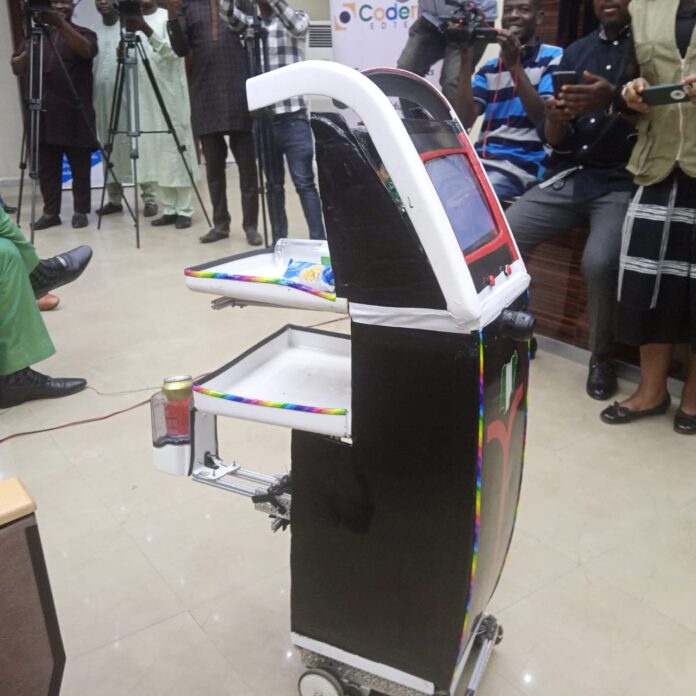 The students of Federal Government College (FGC), Rubochi have developed a robot prototype called ‘ Ruby Waiter-Bot’ that could be used in humanitarian industries and services such as in hotels, restaurants and event centres.

The students, while showcasing their innovations to the Federal Ministry of Education in Abuja on Tuesday, said the invention would help solve critical problems.

Miss Onyoche Bamaiyi, an SSS 3 students of the school, said that the introduction of Science, Technology, Engineering and Mathematics (STEM) had spurred them to be creative and eventually came up with the innovation.

She added that the knowledge of STEM had also given  art students an opportunity to be creative.
Ephraim Okpara, also an SSS3 student of the school said that the robot was made from 70 per cent recycled materials, saying that Nigeria must join the league of innovators so as not to be left behind.

”Besides the recycled materials, the other things we use was the robotic kits that was provided to us by Coderina Educational Foundation.

”So all those various parts you see we got from recycling materials that we just found around our environment instead of living them to lie waste, so we just pick them up recycle them and make use of them.

”The robot is meant to facilitate and not to replace the human being,” he said.
In the same vein, an SSS1 student, Goodluck Ogbole said the robot was developed to meet the challenging needs of Nigerians in the course of doing their work.

”The idea of the robot was created out of the challenge of one of our mum who is a caterer who usually have problems in getting personnels to serve the food at her restaurant.

”So we got this idea and we met as a team that we can create this robot to end such problems so that it will be faster and easier to serve food,” he said.
They, however, want Nigerians to visit http://rubywaiterbot.sch.ng so as to encourage their work.

Meanwhile, the Permanent Secretary, Federal Ministry of Education, Mr David Adejo challenged the students to come up with a robot that could help move files from one office to the other as well as that would not depend on human control.
Adejo while commending the students, encouraged the students to commercialise their innovations, pledging to give the necessary support to get it done.

”The problem we have is that we don’t link research to development. We must engage students to be more opened to innovations.

”Where the world is going is not in a degree but rather what you can do with your brain because artificial intelligence is where we are going,” he said. 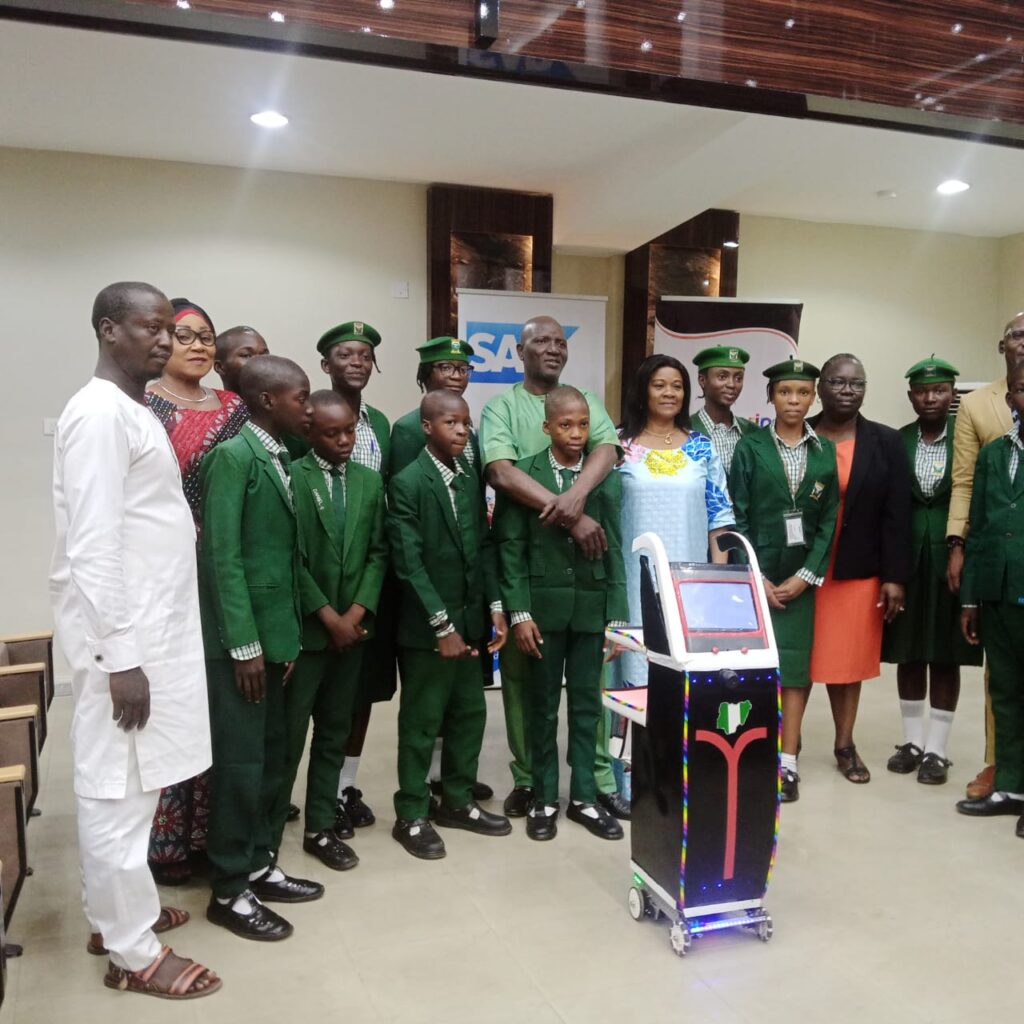 The Chairman, Board of Trustees, Coderina Education and Technology Foundation, Mr Femi Niyi said that the foundation had been engaging students across the 109 unity colleges across the country on developing robotics since 2018.
Niyi said Nigeria is a country blessed with talents saying that what took other climes between five to six years to develop an innovation, it would only take a Nigerian to produce such an innovation within two years.

He, therefore, thanked the ministry for giving the students the opportunity to explore their talents, saying that students must be set up on the path of technical education.(NAN)